Our friends at Grey Flannel Auctions have another catalog auction under way, so today I’m going to take a look at some of the best and most interesting items, beginning with the 1956 Stan Musial road jersey shown above (here’s the full auction listing). This was a one-year style and was the only time in the past century that the Cardinals did not wear some version of the famous birds on the bat. For any other team, it would qualify as a handsome design, but for the Cards it was a downgrade. Love the Slugger Bird sleeve patch, though!

Here are some other notable items: 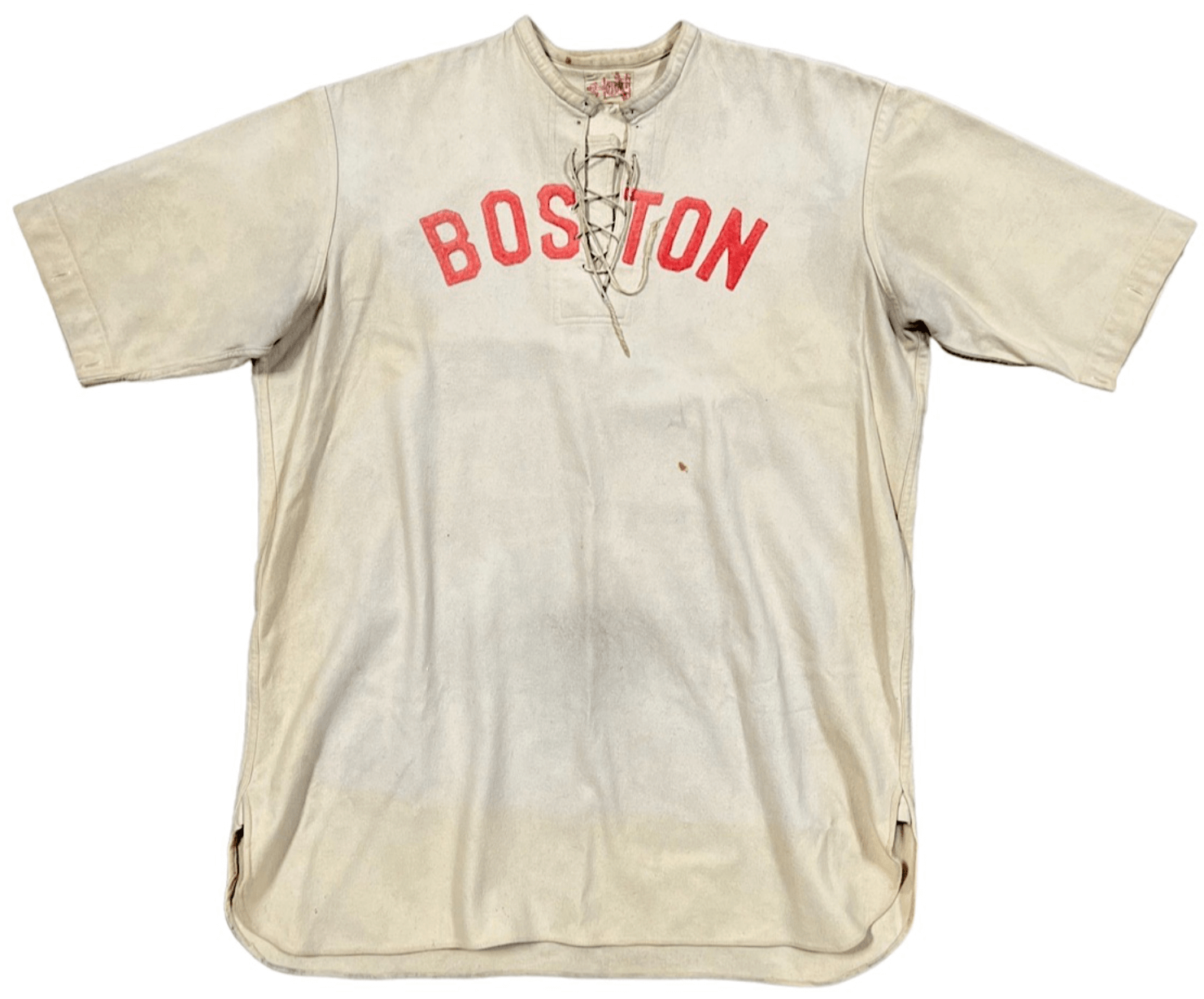 • Gotta love the lace-up collar on this 1910 jersey from the Boston Doves — who we know today at the Atlanta Braves.

• It’s crazy how short MLB jersey sleeves were in the 1960s and early ’70s, as seen in these jerseys worn by Roger Maris, Thurman Munson, and Ernie Banks. Look how the MLB centennial patch barely fits on the Munson sleeve!

• This 1976 Yaz jersey provides a good view of the Massachusetts bicentennial sleeve patch that the Red Sox wore that year.

• Speaking of patches, this baseball jersey from the 1959 Pan-American Games has a very nice — but somewhat small-seeming — Pan-Am Games sleeve patch.

• Another good patch: You’ve probably seen lots of game-used Wayne Gretzky jerseys from his time with the Oilers, but this one, from the 1979-80 season, has a shoulder patch commemorating the city of Edmonton’s 75th anniversary. 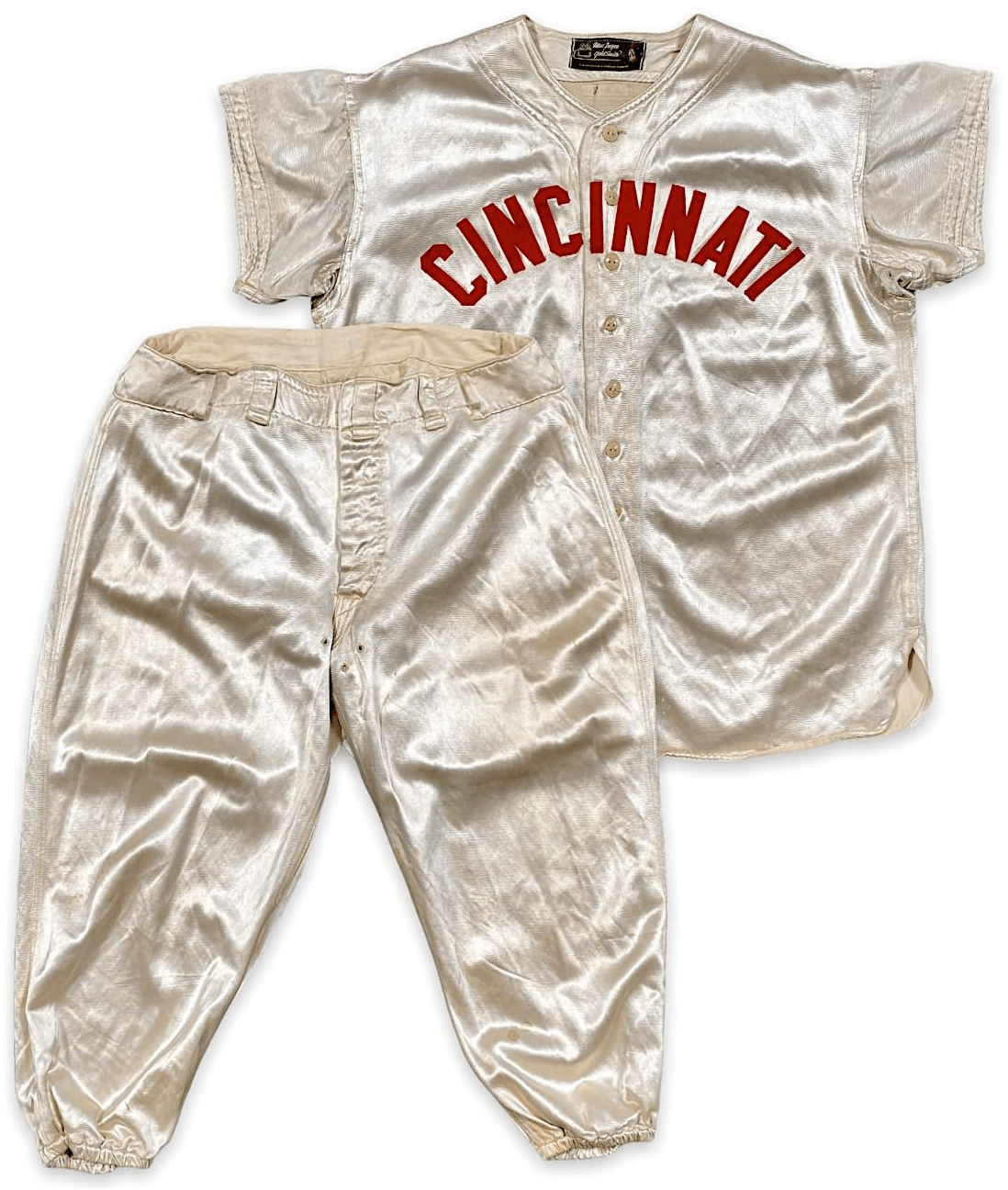 • The yellow/grey/yellow sleeve striping on this 1945 Army football jersey is so simple but so visually effective. Very nice.

• Holy-shmoly, look how transparent the mesh is on this 1970 Auburn football jersey! 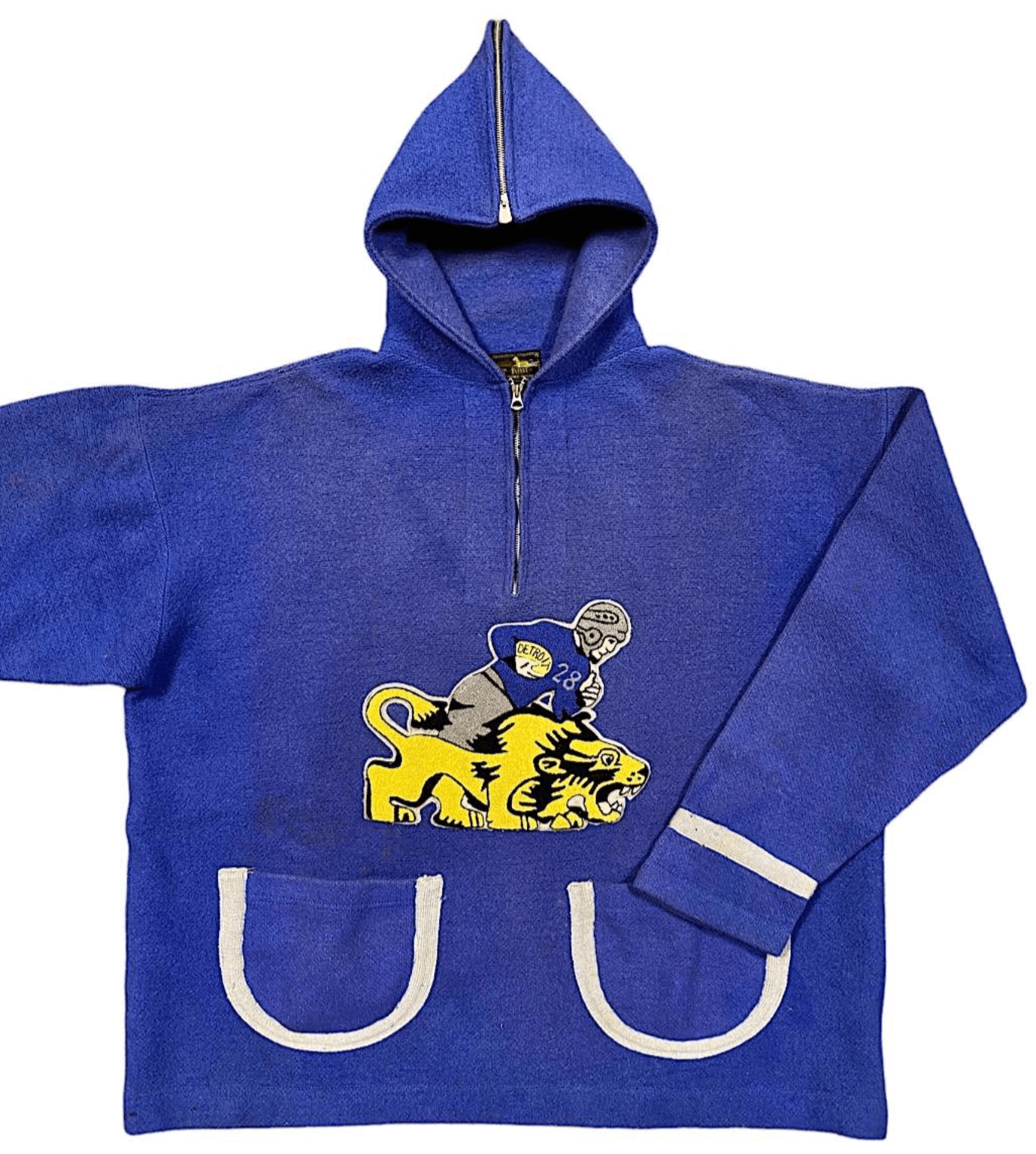 • Oh my — this 1930s Detroit Lions sideline jacket/pullover is completely amazing! Never seen anything quite like it.

• This 1947 NHL All-Star sweater is spectacular!

Good stuff, right? I should also add that there are three items from Uni Watch readers who responded to one of our “What’s It Worth?” promotions: a Henry Aaron salesman sample jersey; a 1996 World Series ticket stub signed by Joe Torre; and a bunch of Mark McGwire’s Rawlings contracts.

Want to see more? You can click through the entire auction catalog here. 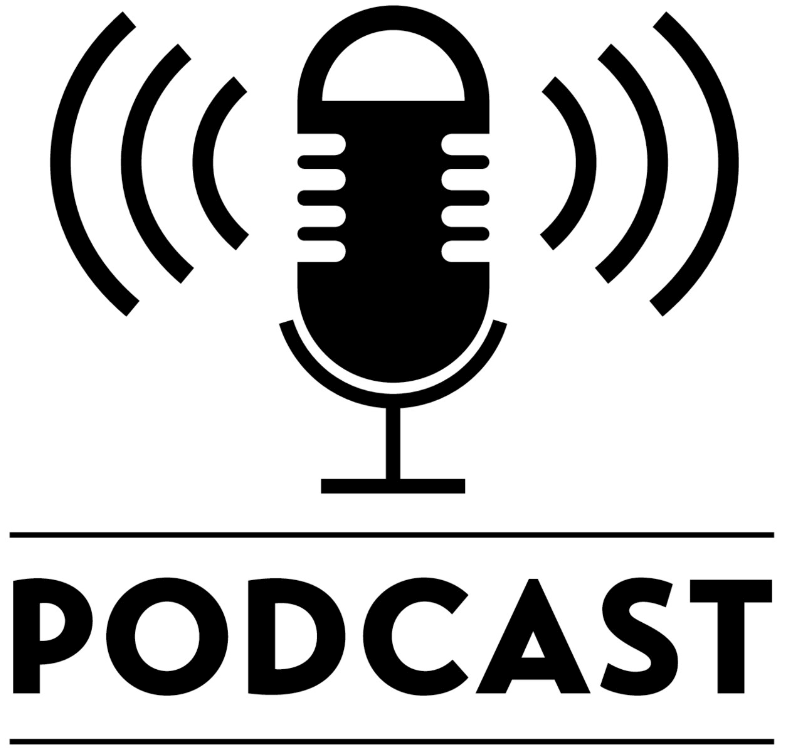 I have a new favorite podcast. It’s called No Stupid Questions and is hosted by the economics journalist Stephen Dubner (who some of you may be familiar with because he also hosts Freakonomics Radio) and the behavioral psychologist Angela Duckworth. In each episode, they address a simple question, such as:

And so on. The topics are intriguing and thought-provoking, but what makes the show work is that the two co-hosts have such great rapport. I’ve never been a huge fan of Freakonomics or of Dubner, but Duckworth brings out a really fun side of him, and the two of them are clearly having so much fun bantering back and forth as they delve into the geeky details of what makes us tick as humans. They’re both really, really smart, but never in an annoying know-it-all way. And although they refer to a lot of academic studies, they do so in a breezy, conversational way that never gets bogged down in university-speak (in fact, one of the podcast episodes explores the question “Why is so much academic writing so bad?”). Their obvious fondness for each other makes them very good company.

No Stupid Questions has been around for about two and a half years, but I only learned of its existence a few weeks ago. Since then, I’ve been bingeing on it, listening to four or five episodes per day from the archives. I can’t recommend it highly enough! You can check it out here.

Old typewriter ribbon canisters routinely had beautiful designs. I’m not sure why — they could have gone with fairly simple, no-frills package designs, like a lot of office supplies — but for some reason this specific product category was a hotbed of spectacular graphics.

I’ve been seeing old ribbon canisters at flea markets and on eBay for years, but I’ve always resisted purchasing them because I figured it would send me down a rabbit hole of collecting them, and I’d rather not do that. Recently, however, I came across the one shown above, and everything about it was too good to resist. What a beauty!

I’m gonna just enjoy it by itself and not start a full-on collection …….. probably.

And Speaking of Great Vintage Design ... If you like roasted nuts, you may be familiar with the brand Bazzini (the bodega around the corner from Uni Watch HQ sells their stuff). As it turns out, the company was once co-owned by the grandfather of longtime Uni Watch reader Warren Junium. He recently shared some vintage Bazzini stuff with me, including the absolutely incredible letterhead shown above. I love every single thing about it — so many amazing details!

• • • • •
I’ll have another post this morning about uni-themed Halloween costumes, plus we’ll have Collector’s Corner and of course the Ticker. A busy Uni Watch day! — Paul
More on Uni Watch
Comments (6)

I love this Cardinals jersey. Ideally the Cardinals go with their red hat and standard whites for home, grays for road, but with St Louis wordmark. Then bring out the navy hat that went with the 1956 uniform, and a cream version of it as a home alternate. Their standard look is great, but this works as a wonderful RR/fauxback type alternate if they wanted to use it.

The batting cardinal has an anatomically correct red beak. Some designer actually thought about what an actual cardinal looks like, back in the day.

I’ve never heard of typewriter ribbon canisters before, but that one is pretty awesome! Maaaybe something that would look good on my desk! (Enter rabbit hole).

Re: Lions sideline jacket…
So the number on the jersey on the logo mirrors the actual player’s number? If so, that’s cool!
I’ve seen that Lions logo before but I think only with a ‘default’ #31 player (which the Bills kinda cribbed for their original logo?).
Whether or not the jacket belonged to Bill Radovich (as indicated in the listing), his story is an interesting one:
link

And “spectacular” doesn’t even begin to describe that NHL All-Star sweater, especially since it’s Maurice “Rocket” Richard’s jersey from the first regular ASG!

I’ve been listening to NSQ since the beginning. It’s definitely a fun show, and has a much more light side of Dubner than Freakonomics. For a short while he had another show called “Tell Me Something I Don’t Know” that was also pretty fun, but that one is gone. Glad you’ve found a new binge-listen! Enjoy!