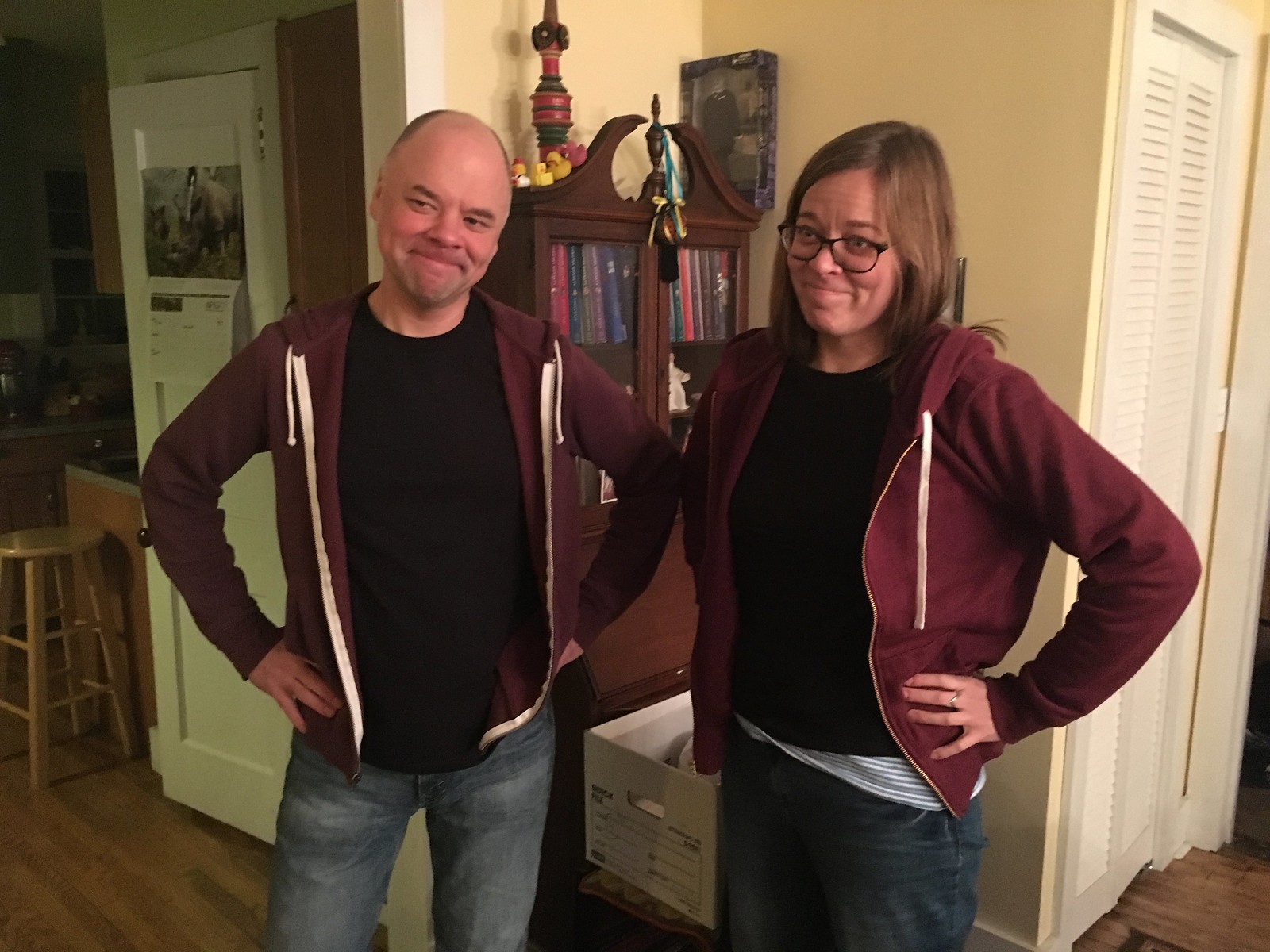 Greetings from Ithaca, N.Y., where the Tugboat Captain and I are spending the Thanksgiving weekend at the home of her brother Peter. That’s the Captain and Peter shown above, a few minutes after we arrived yesterday. Gee, you’d never guess that they’re siblings, eh?

We have a lot of cooking and even more eating to do today, and you probably do as well, so I’ll keep this short.

First, in case you missed it yesterday, I have a new ESPN piece that tells the lost story behind the origins of the Vikings’ uniforms. Check it out here.

Everyone have a great holiday. Peace. — Paul 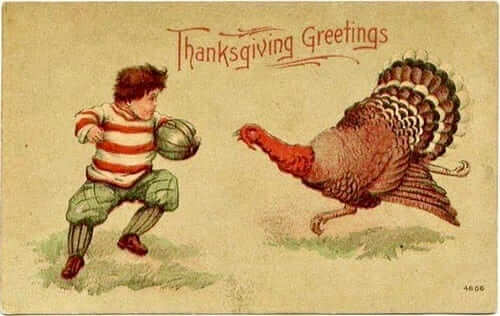 Enter His gates with thanksgiving and His courts with praise. Give thanks to Him and praise His name. (‭Psalms‬ ‭100‬:‭4‬ HCSB)

Thank you to all of Uni Watch, both employees and commenters. Praise God for all He has given us.

Happy Thanksgiving to you and yours, Paul!

Happy Thanksgiving all. And I’ll echo Paul’s thanks to all the wonderful contributors we have that make UW such a special place.

Dark meat is for suckers.

Are turkey hot dogs a sandwich? ;)

They’re not even food

Thanks to all. A real positive in a sometimes downer of a world.

Double amen. Thanks for this site and all the staff and readers that make it a great place to visit every day.

Dark meat, white meat…whatever…as long as there’s gravy on it!

A wonderful Thanksgiving to all, may your birds be juicy and your families be convivial.

To swing back on topic … the Lions are wearing their retros. Always liked them.

Happy Thanksgiving to all of you. May your turkeys and favorite teams be properly dressed.

Welcome to Ithaca! You’ve got at least one faithful uni-watcher here. Hope to see you around maybe.

Ha! Thanks, James. I love Ithaca! I went to college at SUNY-Binghamton, and my girlfriend for most of my college years was from Ithaca, so I spent lots of time there. Great town!!

Happy Thanksgiving to you and the Tugboat Captain.

and a special turkey day treat…Charger powder blues vs. Cowboys in Navy Blue

I’ve always loved the Thanksgiving Greetings picture above. Simple, classic, embodies everything that is so great about this special weekend.