About the Red Wings’ Preseason Nameplates 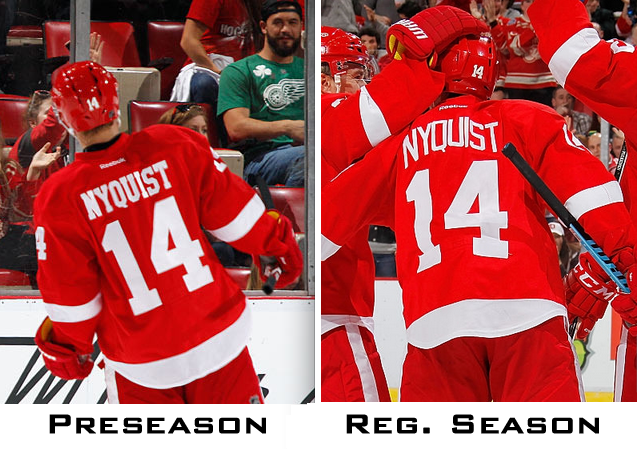 It’s an annual rite of autumn: Every time the NHL preseason starts, I get emails and tweets from people saying, “Hey, the Red Wings changed the font for the players’ names on the back of the jerseys!”

That’s because the Red Wings never use their standard vertically arched lettering during the preseason. The players have to “earn” the vertical arching by making the final roster cut. So don’t worry — the familiar lettering style will return once the regular season starts.

(The NFL’s Pittsburgh Steelers do something similar. During the preseason, they don’t have front helmet numbers. Once the regular season starts, the helmet numbers are restored.)