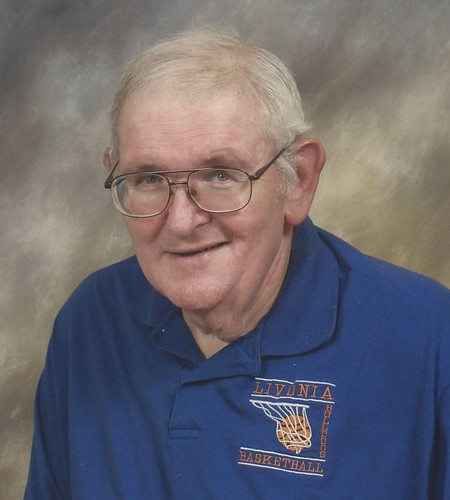 Terry Proctor, shown at right, has been selling uniforms to high schools, colleges, and minor league teams in western New York State since the late 1960s. Along the way he’s become something of a sporting goods scholar, with a near-encyclopedic knowledge of the industry and its history. And that makes him an invaluable resource when researching a topic like the Pirates’ 1970 uniforms.

When I got in touch with Terry to pick his brain about the Pirates’ stretch-knit design, he ended up providing a master class in uniform fabrics. Here’s an excerpt from an e-mail he sent to me:

The Rawlings dealer from Pittsburgh who actually sold those unis to the Buccos told me it was his idea to have the team wear this unique style. His thinking was that the knit fabric was lighter, had a proven record when used for football, was easier to maintain, and offered a chance to create a new type of uniform that would go well with the new decade.

Knit baseball uniforms had actually been around since the late 1950s. Snyders used a nylon/cotton/rayon blend for their white knit uniforms and nylon/cotton for their grays. Other manufacturers, such as Russell, Wilson, and Spanjian, also offered knit uniforms during this time. These knit uniforms were primarily made from a heavier-weight nylon/cotton plaited-knit fabric. Plaited fabric has all of one component yarn (in this case nylon) on the outside or “face” of the garment and the cotton yarn on the inside next to the skin for comfort and absorption. ”¦

This material had its roots in football. Spanjian had been producing football practice pants from this type of cloth for years. They were practically indestructible. Probably somewhere along the line a baseball coach asked if he could get a uniform made from this fabric and a new use was found for the cloth.

We sold a few sets of knit uniforms to high school baseball teams in the late 1960s. They were less expensive than flannel and wore very well. For cash-strapped schools they were a good value.

But as far as I know professional teams, including minor leagues, strictly wore flannels until the Pirates’ knit revolution. There are several reasons for this. The first is that the low minors usually wore MLB hand-me-downs. Also, baseball was (and continues to be) very resistant to change, and that change tends to come from on high. So aside from those few budget-minded teams that opted for knits in the 1960s, the wearing of knit uniforms trickled down from MLB to the minors and ultimately the colleges, high schools, and youth-league teams. It did not bubble up from below.

The knit uniform has continued to evolve. The early nylon/cotton versions, like the ones the Pirates wore, didn’t hold up as well to the strain of a six-month baseball season as had been expected, so the next step was to use heavyweight 100% stretch nylon double-knit for the pants and a medium-weight stretch nylon double-knit for the jersey (see the Oakland A’s, 1972). Eventually the stretch nylon began to wear out from contact with Astroturf, so someone got the idea to try a 100% polyester warp-knit fabric. Warp-knit fabric has less stretch than double-knit but is more run-resistant because it has become the material of choice for the bulk of all baseball pants used today.

Here’s a 100% stretch nylon prototype uniform, manufactured by SandKnit, that I showed to the Rochester Red Wings in the winter of 1971-72. They ended up going with a similar style from Wilson for 1972, their first year in knits. The player is Don Fazio, an Ithaca College grad who lived in Rochester during the off-season and taught physical education at Rush-Henrietta High School.

Phew! As you can see, Terry’s hard to stop when he’s on a roll. Big thanks to him for sharing his time and expertise.