That’s China as in plates, dishes, and so on — so behold the Uni Watch 20th-anniversary plate (click to enlarge): 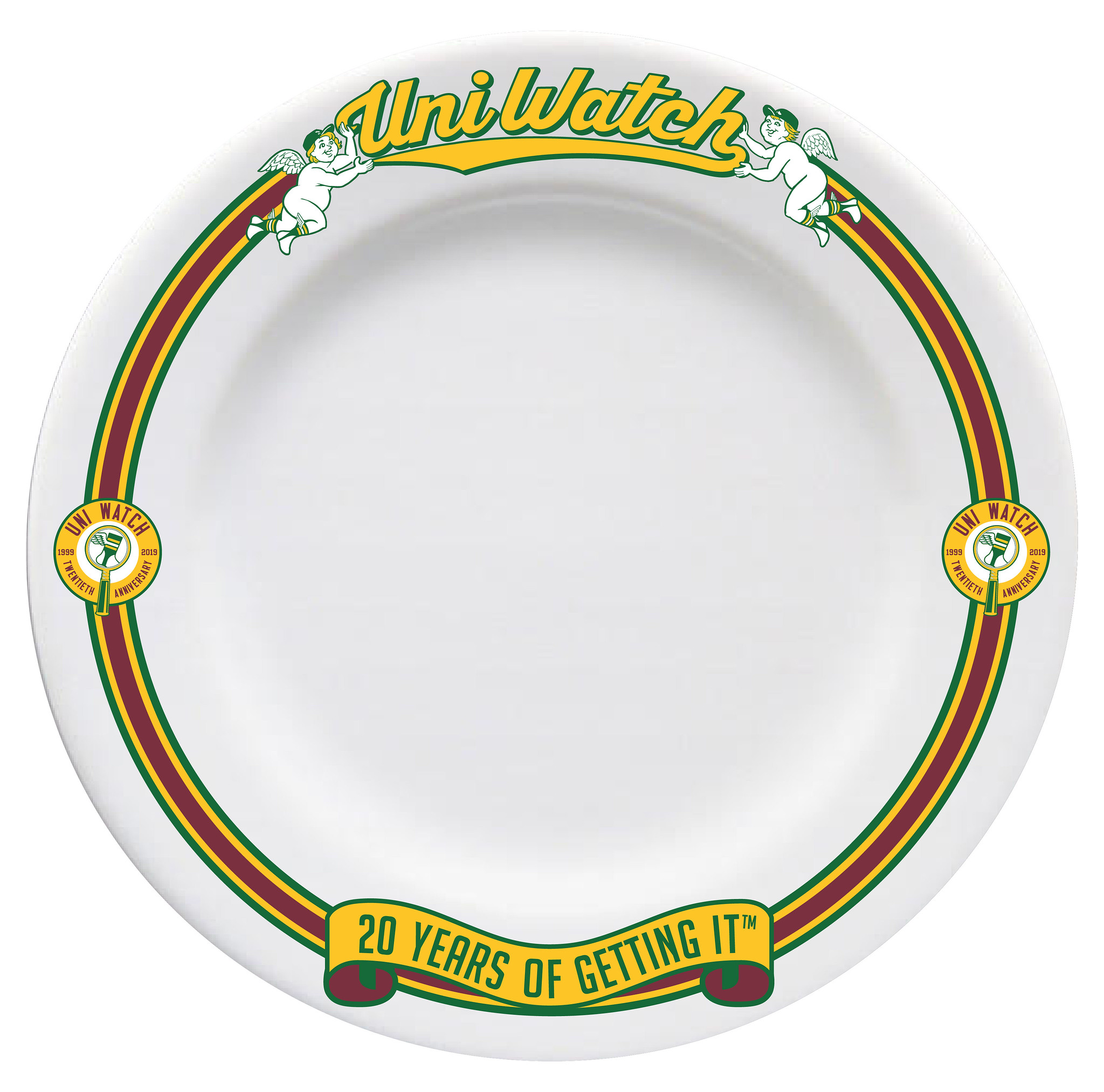 Pretty swank, right? The design was done by Scott M.X. Turner, except for the little cherubs hoisting the Uni Watch script into place, who were drawn by longtime Uni Watch pal Rob Ullman. Let’s take a closer look at them (click to enlarge):

Isn’t that great? In addition to their angels’ wings, they’re also wearing little winged stirrups, just like the one in our logo!

The good news is that the plates are being made and sold for us by the fine people at Uncommon Goods. They have plenty of experience with commemorative plates, so you can be assured that it will be a high-quality, made-in-USA product and that they’ll do a good job of packing and shipping it.

So! If you’d like to eat off of a genuine Uni Watch commemorative plate, or just display such an item in your home, send me the appropriate amount, including shipping (that’s a total of $65.95 for one plate; $126.95 for two; $186.95 for three; and $246.95 for four) tvia Venmo (use @Paul-Lukas-2 as the payee) or Zelle (plukas64@gmail.com). If you’d like to use Apple Pay or mail me a paper check, get in touch and I’ll give you the info for those methods. Sorry, no non-USA orders for now, but we may offer them later.

After sending payment, be sure to let me know your shipping address. Thanks!

(If you’d like to celebrate the uni-versary in other ways, we also have patches and T-shirts, plus the special shirt that celebrates the dual 20th uni-versaries of Uni Watch and MLB’s futuristic uniforms.)