Originally written for MarketingInfo.com in 2000 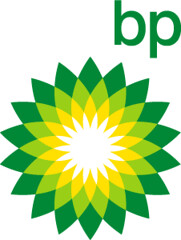 Nobody has ever accused the marketing community of being short on chutzpah when it comes to reinventing a brand — a company can stand for A, B, and C on Monday, but bring in a new brand-design team and it can stand for X, Y, and Z by Tuesday. But the latest approach being taken by the brain trust at BP Amoco takes things a step further, to a level that’s dubious at best, disingenuous at worst.

BP Amoco, of course, is a petroleum company. But under a new branding program announced a few weeks ago, the company is trying to shed its petroleum-associated image — “BP” now stands for “Beyond Petroleum.” More specifically, the company is now presenting itself as a “green” or “environmentally friendly” firm. A new corporate logo unveiled for the occasion is unmistakably evocative of a sunflower. New print advertising — all with green typography — touts the company’s role in creating “a clean environment” and being “a force for good.” Meanwhile, the BP Amoco web site is replete with photos of grassy fields and similarly nature-driven imagery.

Uh, right. Does anyone else think this is all a bit much? I don’t mean to sound cynical, and I assure you that I’m neither a tree-hugger nor an environmental activist, but the thinking here is that BP Amoco’s new approach comes dangerously close to insulting people’s intelligence. I mean, I love my car, but I have no illusions about it, or about the gasoline I put in it — you don’t have to be a Greenpeace member to know that cars pollute the air and lead to smog, or that oil-burning industries contribute to global warming, or that companies like BP Amoco inevitably have their share of oil spills. None of this is enough to make me give up my car — not yet, at least — but I’m generally aware of the reality of the situation, and I suspect most other people are too.

All of which makes BP Amoco’s attempt to reinvent itself as an environmentally friendly company, well, kind of silly. Even if they’re sincere, which is questionable at best, they have no credibility on the issue. It’s sort of like a Las Vegas casino starting a Gamblers Anonymous chapter, or Frank Purdue signing on as a spokesman for vegetarianism.

To be fair, BP Amoco’s new initiative has some strong points. The company plans to phase in a new gas-station design that will feature a number of promising innovations, including touch-screen access to driving directions and online services, and e-kiosks inside each station’s convenience store. And in keeping with the company’s new environmentally conscious direction, the redesigned stations will even generate some of their own electricity through the use of solar panels.

Ultimately, however, these solar-enhanced gas stations will still be, y’know, selling gasoline, so let’s not get too carried away with this environmental stuff. But if BP Amoco really insists on sticking with this approach, I’ve taken the liberty of writing the first few sentences of a TV commercial that should fit quite nicely with their new direction, which I offer at no extra charge:

“Hello, I’m Joseph Hazelwood, former captain of the Exxon Valdez. You may know me as the man behind one of the greatest environmental catastrophes in the history of mankind. But now, thanks to BP Amoco…”

Sound ridiculous? Maybe — but no more so than the notion of a green petroleum company.