On the Value of Design 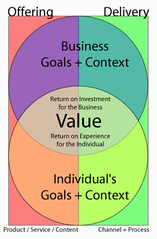 Wow, it’s hard to believe that an off-the-cuff comment stirred up so much emotion. It appears we’ve started a very strong discussion.

Back in 1985 or so, when I was 14, I entered my drawings into a logo design contest. It was held by the Fort Wayne News-Sentinel on behalf of the newly formed Fort Wayne Flames (of the American Indoor Soccer something or other).”¨”¨ Here are some of my sketches. If I remember correctly, I officially submitted a more finalized version of the ones with flames coming off the F in this drawing. I didn’t win; I didn’t think I’d win. I was just a kid having fun.”¨”¨

Now, looking back, I have the benefit of years of experience working with a wide range of very talented designers. And I see that what was eventually chosen as the official logo was marginal, at best (beauty is certainly in the eye of the beholder). And twenty-four years later, it’s interesting to ponder a similar (and much more “grass roots”) contest devaluing design.

A quick overview of me: Most consider me pretty fun-loving. As an instructor and professional in the world of public relations, self-important is the last thing anyone should consider me, as my job is to make others look good.

I came to love the Tampa Creamsicles and the Houston Taquila Sunrises, solely because of their original colors. I still like both teams today. I still have uniform design sketches from when I was a kid, including many basketball uniforms from the 1984 Olympics, USFL logo sketches, stadium designs, and other sports sketches.

”¨ I’m not a graphic designer by trade. I run a public relations firm and teach that subject at the University of North Carolina. I do employ a couple of designers, however. Speaking on their behalf, without their knowledge, they went to school to foster their artistry, to be creative, and to find a way to bridge this in a profession where they can make a living.

As for my comment that started this discussion, my reason for making it was that we, as “those who appreciate design aesthetics,” must be very careful with this slippery slope. Here’s why:

”¨I enjoy these contests. I think they’re fun and offer a terrific opportunity for anyone who has the yearning to be creative. Anyone can participate. I understand that it’s all in good fun. My concern is the value placed on design (good or bad).

I don’t want to single out the high school coach who suggested the contest, because I don’t know him. He very likely is a good guy who cares about his kids, and he means no harm. But, let’s be honest: His team already looks pretty darn good. This isn’t a group of urban misfits playing in rags.

Maybe the contest winner will get season tickets. Or a full uniform set. Or a plaque on the gym wall and a thank you letter from the principal. Any of these gestures would be a really nice gesture of value. But when the coach offers “goodies” (his term) as compensation, this language demonstrates an inherent lack of respect for the value of design. And it’s not about this particular coach — it’s a symptom of a larger problem.

One of the first things I’d do for such a contest is to come up with a suitable prize for the winner, and acknowledgement for all those who participated. But that’s me. I do public relations. An, as I remember, the Fort Wayne Flames gave away season tickets. That’s at least some value.

As it stands, the value of logo and graphic design is at $0. And, very subtly, that $0 value stays in the minds of some consumers:

“My neighbor who’s laid off can do the corporate Web site.”

You get my point.

Many of the readers who commented on last Wednesday’s post mentioned that this is a school system and that it doesn’t have a budget for design. But why can’t a school system afford to pay for one of its most public-facing “brand” carriers — the baseball/football/basketball uniforms that thousands see over the course of the year? Are you kidding me?!

This isn’t an indictment of this one particular school. Ricko states that it plays out all over the country, and I believe him. It’s an indictment of all schools (and organizations) that fail to appreciate the skills of brand differentiation, logo and graphic design.

The lack of funds may just be an excuse. Most organizations wouldn’t blink to hire a plumber to repair the running toilet. They’d find a way to pay to remove graffiti. School lawns always get mowed. But there’s no money in the budget to appropriately carry the school brand to the public?

That’s because no one has communicated the value of design. And, ultimately, my comment is about this slippery slope.

This is the very reason why I like your site, Paul. You care about the little things.

The contest isn’t a problem. My concern is what the message that the contest sends regarding the value of design. Ten to 20 hours of time, plus the operational costs to have the hardware/software technologies? That value is in the thousands.

I wonder if the passion, talent, time, and resources we’d all use on this project (and in criticizing me) could benefit from a focus on the rag-tag bunch in our own communities?

I may sound self-righteous. That’s not my intention. I’m just sticking up for my teammates and trying to open some eyes. I do think, as a general rule, there’s a big problem with doing work on spec ”“ in all industries.

Or how about this: I’ll line up all my favorite pizza joints, and tell them to provide a pizza. Only the best-tasting pie gets compensated.

The aforementioned plumber gets paid. The lawn care team gets paid. The yoga instructor gets paid, whether it was a good class or not. But in the case of this contest, the graphic designer may get compensated. And this happens all too frequently.

Keep in mind, Paul, a large portion of my job is to keep designers happy — I’m in the middle between the creative and the client. So I think the discussion of “elitism” in my particular instance is quite far off-base. And I read your book review from several years ago and think it’s a sweeping generalization to label the industry as “self-important.”

Sure, some designers are full of themselves. But many more are trying to make a career out of years of study about form + function. The designers I know aren’t any more self-important than public-relaters, surgeons, lawyers, yoga instructors, police officers, or anybody else.

That wasn’t my intention with my original comment. And I think many of the readers who read this into my comments are using elitism as a surface excuse to mask a bigger problem. And that problem is the value of time. How much is it worth?

If time is worth $0, we gotta remember the old adage: What comes around, goes around.

Thanks for the fun discussion and interesting blog!