How to Make a Bobblehead 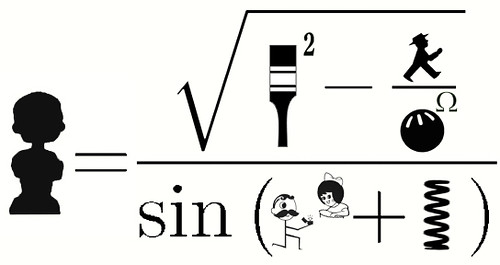 Paul often speaks of the importance of texture in regards to this site’s fetish. Garments like a flannel jersey can ooze texture, but texture also exists as an abstract, like the story told from an old kodachrome. My latest OCD-DIY project encompasses both of those forms of texture, and it comes in the form of what is known as a bobble, nodder, or wobbler.

Personally, I adore the olde bobbles, even the weaker ones. They might have randomly looked like Boog Powell, or occasionally taken form of chimera, but the classic bobble was a simple cherub full of texture in every sense of the word.

By contrast, today’s bobbles are an abomination. Lightweight plastic does not make a right proper bobble — they’re not heavy enough to have any true head action. The ones handed out as stadium giveaways are covered with ads, rarely look like the people they’re supposed to represent, and usually just look foolish. It sickens me to even show one of these, but okay: Who who needs this? Strictly speaking, these plastic bobbles may have some texture, but it’s a cold, lifeless texture, like a garbage kids meal toy.

So I sez to myself, “Why don’t you hand-make olde school bobbles, and document that process for the assembled Get Itsâ„¢ of Uni Watch-dom?”

Like any mad scientist, I needed a formula to create my Frankenstein. A great man once told me that the key to happiness was N+1 [Robert is referring here to what I call the “N+1 Rule” of cat ownership, which states that if you have N people in the household, you can have up to N+1 cats — anything more than that and you’re one of those Crazy Cat People. — PL], so i tried that equation, but it was surprisingly insufficient when it came to bobbles. I eventually came up with my eureka theorum, but it really comes down to this: Just like with any DIY project, if you use quality materials and take the time to do things right, you can make, with your own two little hands, a gorgeous bobble that acts like an unstoppable force perched upon an immovable object. And if you change the proportions a bit, you can make a bobble that has right proper stirrups, too.

Here’s how you do it (most photos taken with a phone, sorry, my camera broke when I dropped it 60 feet out a window, imagine that):

Step 1 — Sculpture: Creating a bobble sculpture is really no different then creating a sculpture that will ultimately be cast in a metal. There are many ways to accomplish the task, and this is one of them. I began by procuring supplies. The oil-based modeling compound, available at any art supply store, is nice because it never dries out and is extremely malleable, while the polish buffalo grass vodka comes in handy when you need to club your cats over the head for constantly jumping into the camera shots. (Investment: $20/2 hrs + vodka.)

Now comes the fun part — creating the sculpture. Ultimately every bobble you make will look like what you create here, so take your time. to make my sculpture, i used my Grandpa Buzz’s pocket knives for that connection to the past that I find Ã¼ber-important, as well as some proper tools, and of course my hands. So I grabbed this, and — hey, Rock, throw on your Chuck Taylors, and help me show my sculpting process in classic montage.

I sculpted the baseball bobble as a very traditional cherub. The hockey bobble too is fat and cheery-pussed, except that he has dropped one glove and ready to fight. And the football version has a little Gino Marchetti toughness. All three were based loosely on real people from my past. Anyway, now we have our sculptures — time to turn them into a bobbles. (First sculpture, 11 hrs; next two, 5 hrs each.)

Step 2 — The Mold: The next thing you need to do is get some casting resigns and silicone release spray (and an 11th Ward calendar along the way, if you’re so inclined), which I get from the industrial area behind the Olde Chicago Stockyards Upon arriving back in the studio, I realize that my modeling compound contained sulfur, and the mold-making material i just purchased will not properly cure when in contact with sulfur. Grrrrrrr. Luckily, I figured this out before it was too late and I wasted more time and money. Still, I had to trek back to my friendly neighborhood industrial polymer source and get a different casting material. (5 hrs, $200+, but it was worth it, because I didn’t yet have my corrupt political machine calendar for oh-niner, and now I do.)

From there we go to the table saw, and cut some containers, in which we will pour our mold. we are now ready to grab our tools. Not pictured: my respirator. These are toxic chemicals, people, so use caution, because it will kill you if you’re not careful. You can skip the paper 3-D glasses, though.

Thus equipped, mix the two-part, spray the container with the release silicone, and pour the mixture over our sculpture. Let it cure overnight, and shazam, we just made a mold.

The next morning, crack the mold out of its form. Make sure you lose track of which way you wanted to cut the mold open so you have to make an educated guess regarding which direction you need to cut, and pray it is was right. Whoopee on five of six molds of the three bobbles. Luckily, the one that was wrong didn’t really matter anyway. Might even have made it better.
($40/ 4 hrs.)

Step 3 — The Pour: Get a 99.2-pound bag of industrial-strength plaster suitable for an art project. Get the kind used in architectural detailing, just make sure it will properly represent your sculpture while still being strong enough to hold up to way big bobble fun. ($40/3 hrs.)

Like before, we spray the mold, then mix the plaster (use a respirator because of the dust), pour it into our molds that we hold together with rubber bands, embed the springs so the bobbleheads’ heads will bobble, and let them cure.

Now, I am not going to lie to you here: I had more trouble pouring this plaster then I’ve had on the business end of a 300-pound crucible pouring molten bronze into an opening the size of a Dixie cup. Seriously, the process was more trouble then i anticipated. Moreover, I obviously wasn’t respecting my materials. First attempt: fail, total mashed potato colossal fail, pass the booze. Second attempt: killing field fail mostly on the head stopper, which broke the heads, tears. Third attempt: almost there, but still a fail. I tried solving the problem with the mold by cutting the bottom, a gargantuan mistake that ultimately made pouring more difficult. But eventually i got my material down, and the fourth time I finally got the damn thing right. ”¦ and the angels sang.

The plaster cures so quickly that I need to mix and pour these one head or body at a time to make them right, but I can finally cast a right proper bobble without any roofus goofus. At this point I can touch it up, or carve out some slight detail if needed, and sand, but they are essentially done, so I can add the candy coating of primer and paint them. ($20/15 hrs, but that hour number is skewed. Future bobbles should take about 1.5-2 hrs per on the castings, and I would love to get it down to an hour.)

As I said earlier, I love the original bobbles, and that still stands. But as you’ve no doubt noticed, they’re riddled with uni errors. Not that any of the mistakes really matter on something so beautiful, but still, if you can control that, why wouldn’t you? So I did. Now there is a relatively full hose palate, extra-long sleeves to allow for stripes, etc. While my bobble is the same height as the traditional model, the mass of mine is slightly greater. Despite the increase in materials costs, it was worth it to achieve the ultimate in bobble-style uni treatment, not to mention the universe-crumbling head-bobble action. Isn’t that the point, getting the damn thing right? Are we not all sick and tired of people not getting it right?!

Now then: It took me a long time to paint these using enamel paints. As usual, I didn’t use any kind of tape or stencil, preferring to do everything completely freehand, which makes for a better end result. I figured my hockey painting skills would translate, and they did, but it still took a good 6 or 7 hours for each one. As with the hockey players, every stripe has to be painted, or “cut”, at least 3 to 5 times to make it straight and clean. And text, fugeddaboudit. Basically, I love doing it, but it isn’t the easiest/fastest thing in the world. When I’m done painting the colour, I paint on a gloss enamel protective coat, attach the head with an industrial adhesive, and that’s that, we are done. ($15/ 6/7 hrs apiece.)

Step 5 — The reveal: I’m excited to showcase the finished product, so without further ado…

Hockey: (this x this) + (this x the reason) + UW colours = bobble. (I kid — I appreciate physical hockey but not so much the fights.)

Now that you’ve seen how I arrived at the uniform choices, here is a closer look at the texture, front and back.

And now the best part: Turn on your computer’s speakers and check out these short vids showing their superior bobble action. Notice they are shaking before I touch them — they are pretty much in perpetual motion. (Total time and cost to make three bobbles: $350/60+ hrs.)