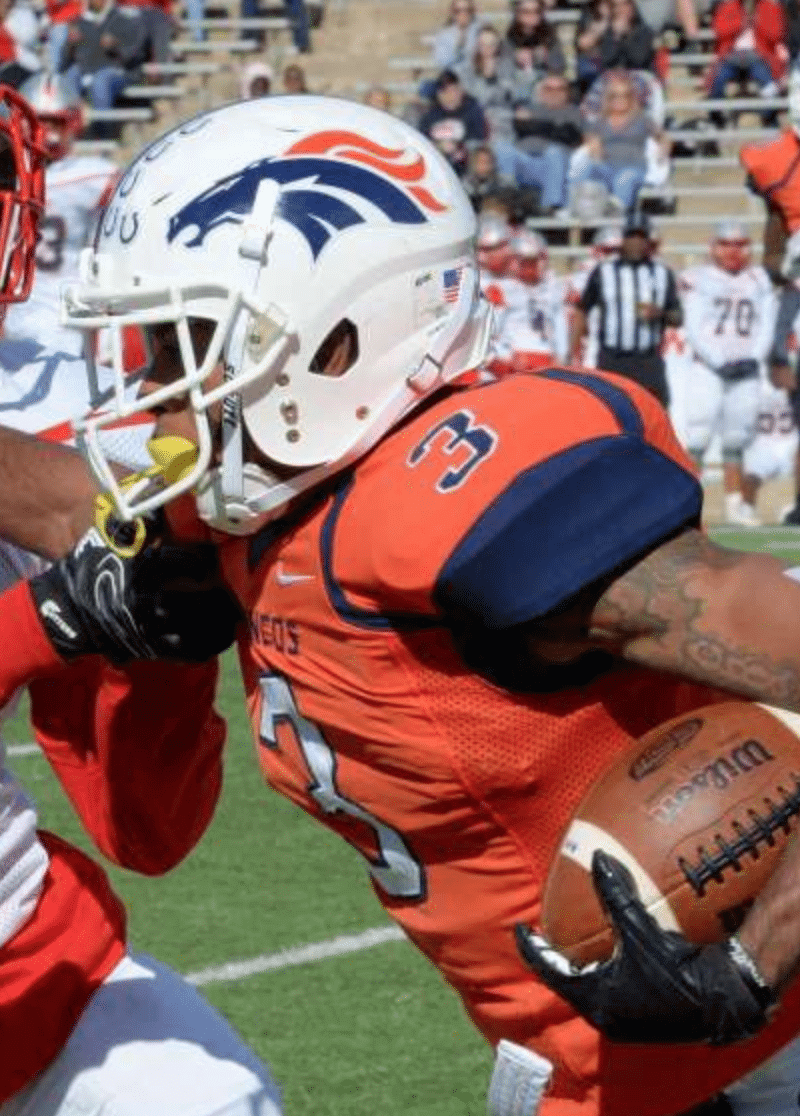 One topic that comes up pretty regularly in my work is the use of pro and college team logos by high schools, usually without permission. Many people seem okay with this practice, which I find very surprising.

Why? For starters, we’re all told at a very early age that we shouldn’t take things that don’t belong to us. Poaching another team’s intellectual property is unethical at best, illegal at worst.

More importantly, at least from my perspective, using another team’s logo is lazy and uncreative. Wouldn’t it be better for the school to come up with its own unique mark? High school sports are often a point of local pride and unity, so why would you want to rally around a second-hand logo (especially if lots of other schools are also using it)? It makes no sense to me.

Even worse, this lazy, uncreative, and unethical approach sets a terrible example for the students at the school. They should be learning to be proud of something that is uniquely theirs, and instead they’re learning that it’s okay to take something that doesn’t belong to them. They’re also learning that creative work has no particular value, because anyone can just take it and repurpose it however they choose. (As a creative professional myself, I’m particularly sensitive to that one.)

I often hear many of the same responses to my position on this topic. Let’s go over them one by one: 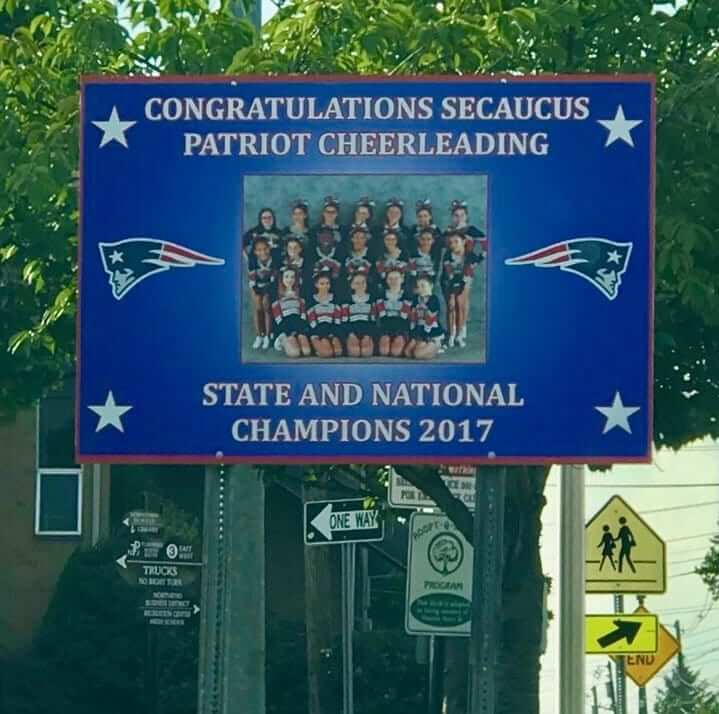 I don’t see what the big deal is. Lots of high schools use pro or college logos.

They sure do! But just because lots of people do something, that doesn’t automatically make it right. Lots of people cheat on their taxes, too — should we teach that in high school? (Also, and more importantly, while it’s true that many high schools engage in logo poaching, there are even more high schools that don’t poach other teams’ logos.)

It’s natural for kids to want to model themselves on the pros.

Kids want to do all sorts of things — some good, some not so good. That’s why adults sometimes have to step in and tell the kids that a certain thing they might want — like, say, wanting their school to use another team’s logo instead of coming up with their own — isn’t a good idea.

Using a pro team’s logo can instill a sense of pride.

Poaching a logo that belongs to another team — a logo that lots of other high schools may also be poaching — seems like a really dubious way to instill a sense of pride (or any other positive attribute).

You know what really instills a sense of pride? Having your own logo design that belongs to you and nobody else, a logo that you and your community can embrace as your own. 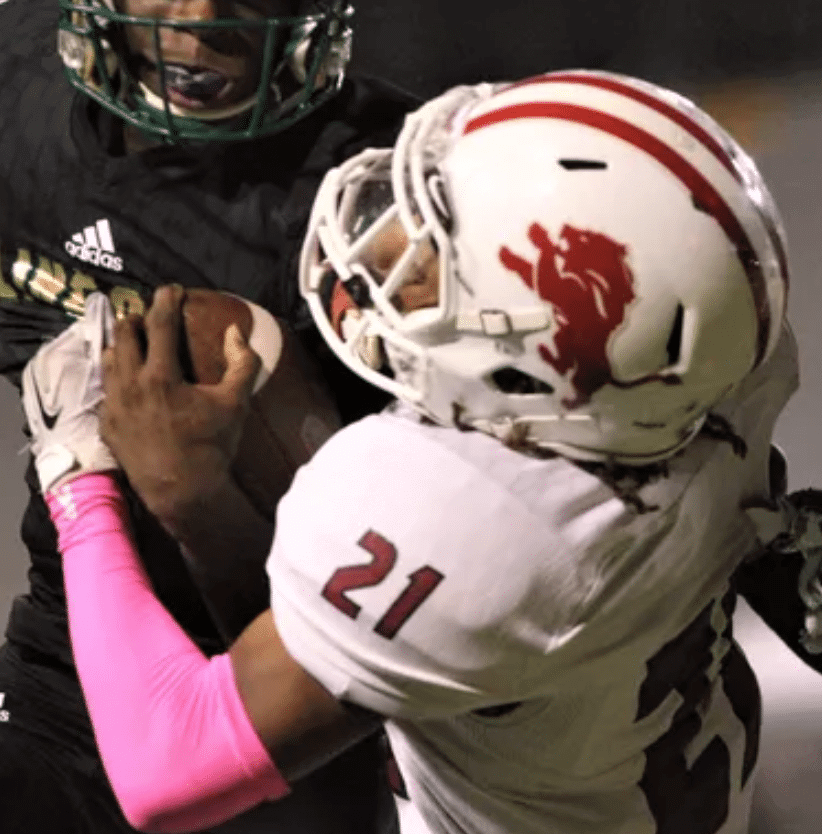 Designing your own logo costs a lot of money. Schools can’t afford that, especially with budgets so tight like they are today.

There are so many things wrong with this argument. Let’s go one at a time:

• So if someone can’t afford something, you think the answer is just to steal it from someone else? Let’s say I’m starting a small business. I can’t really afford my own logo. Hey, I know — I’ll just use your business’s logo! You won’t mind, right? After all, my budget is pretty tight.

• The reality is that there’s no reason for a high school team logo to cost much — or even cost anything. If a community is big enough to have a high school, it almost certainly has someone (or, more likely, several someones) with enough design chops to create a logo. So let the school district announce a contest, or let the art teacher have a contest — it’s not that hard, it’s a good way to get the community involved and united, and local residents would be excited to contribute a design.

• There are literally thousands of high schools out there whose team names don’t match up with a pro or college team. (The teams at the high school I attended, for example, are called the Phantoms.) These schools can’t poach a pro or college logo even if they want to, because their team names don’t match up, and yet somehow they all manage to have their own logo — go figure. It’s not that hard.

These high schools don’t have major merchandizing programs, so it’s not like they’re making serious profits off of these logos. What’s the big deal?

You’re totally missing my point. My objection to logo poaching has nothing to do with merchandising. Using something that doesn’t belong to you is lazy, uncreative, and unethical even if you’re not selling a single T-shirt or making a single penny from it. It’s just a bad approach to team identity, and it sets a terrible example for the school’s students. 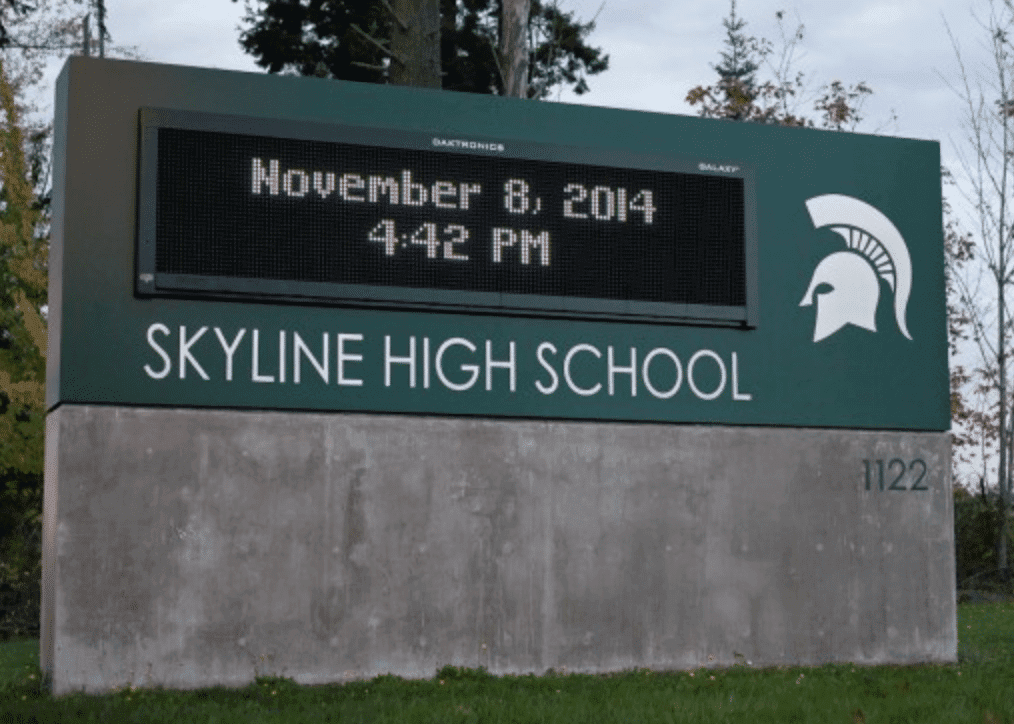 It makes sense that a high school would want to use a pro or college team’s logo. These days it’s all about exposure and branding!

Leaving aside the question of why a public school would be engaged in “branding,” how exactly does piggybacking on another team’s logo — a logo that lots of other high schools are also piggybacking on — help a school with that goal? If branding is really what you’re after, you should want to establish your own unique visual identity, not poach someone else’s.

I happen to know that our local high school has permission from [some pro or college team] to use their logo.

Excellent — that means your high school is not behaving unethically! But they’re still being lazy and uncreative. Think of it this way: If your kid copied someone else’s work for an art class assignment and told you that he had permission to do so, wouldn’t you say that the permission wouldn’t really matter? Wouldn’t you tell him that he should come up with something on his own, so he could have a sense of accomplishment and ownership?

Also: While your high school may have permission, most high schools do not.

I get what you’re saying, and I can see that you have a point. But the high school in my town uses a pro team’s logo, and I don’t like that you’re calling us lazy and unethical and all the rest.

I understand, and I apologize if it sounded like I was dumping on your town. This is an issue I’ve thought about quite a bit, so sometimes I get a bit intense about it. At one point I even tried to get ESPN, back when I wrote for them, to sponsor a design-services project that would help schools come up with their own logos.

That idea didn’t get off the ground, but I still think it’s important to encourage schools and communities to develop their own identities instead of using someone else’s. It seems like such an obvious issue to me, based on really clear life lessons that most of us were taught at a very young age (greater effort leads to greater reward, don’t take something that doesn’t belong to you, etc.). I’d like to think those are things we can all agree on and support.