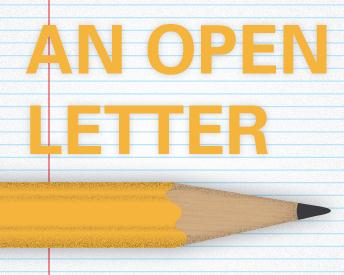 Some of you have expressed your displeasure with the continued presence of ’Skins Watch on the site. Many of you have brought up the same set of issues. Let me try to address them one at a time:

• “The ’Skins issue has nothing to do with Uni Watch.” That just isn’t true. Uni Watch has always included coverage of team names, logos, and branding. Whenever it looks like a team name might be changed, for whatever reason (the Hornets becoming the Pelicans, the Bobcats becoming the Hornets, etc.), it’s always addressed on this site. Now, granted, the potential change to the ’Skins name has received a lot more coverage than other name-change storylines, but that’s because it’s constantly been in the news lately, so I’ve been providing links to that news coverage. In short: It’s a high-profile developing story that’s part of the Uni Watch beat. Simple as that.

• “The ’Skins issue is taking over the site.” I honestly don’t understand this criticism. The ’Skins issue hasn’t been the lead item on the site in something like half a year, maybe longer (could someone look it up?). Yes, ’Skins Watch appears most days, but that’s a relatively short sub-section of the site. Moreover, since all the Native American-related material is grouped into one handy section, it’s easy for you to scroll right past it if it isn’t your thing. That’s why I created the separate ’Skins Watch section to begin with — so people who didn’t care about this type of content would have an easier time skipping over it (just like you can skip over “Culinary Corner,” or “What Paul Did Last Night,” or the soccer Ticker, or any other distinct section of the site that you don’t care about). If the mere existence of ’Skins Watch troubles you, even though I’ve made it easy for you to skip past it, well, come on — that seems a bit unreasonable on your part.

• “You only present one side of the argument.” I’m sorry, but that simply isn’t true. When pro-’Skins articles have been brought to my attention, I’ve linked to them. When opinion polls have shown most Americans being okay with the ’Skins name, I’ve linked to those poll results. When Rick Reilly wrote his now-famous essay, I linked to that. Now, it’s true that I have a point of view on this issue and tend to advocate for one side, but that’s true about most topics on Uni Watch: I’m pro-stirrups and anti-pajama pants; I’m pro-green and anti-purple; and so on. I’ve always expressed my opinions on this site — why wouldn’t I do so on the ’Skins issue?

• “You’re using the site as a soapbox.” You bet I am — that’s one of the reasons people start their own websites. Whether I’m being pro-stirrups, anti-logo creep, anti-NBA uni ads, or whatever, this site is a place for me to express my thoughts and push for what I believe in. You don’t have to agree with me, but come on — if you had a blog, wouldn’t you be using it to push for what you believe in? If you take a minute to think about it rationally, I think you’ll agree that telling me I shouldn’t express my own opinions on my own site doesn’t make much sense.

• “This is part of your liberal, PC, hipster, elitist agenda.” I find this type of response very disappointing. I have never — never — described anyone on the pro-’Skins side of the debate as being reactionary, conservative, racist, or anything else. I’m not interested in name-calling; I simply stick to the issue at hand, which is that I think the use of Native American iconography in sports is wrong. If you disagree, that’s fine — you’re more than welcome to argue your case on the merits. But I have no interest in turning this issue into a proxy battle over larger “Us vs. Them” cultural issues, and I’m not going to engage with people who try to take that approach.

• “I feel like I’m not allowed to disagree with your side on this, because I always get shouted down in the comments by all the anti-’Skins people.” Well-reasoned, intelligent arguments are always welcome on Uni Watch. But that doesn’t mean they won’t be met with well-reasoned, intelligent counter-arguments. That’s how public debate works. If you feel like your side is in the minority here (which I’m not sure is the case), well, that’s how life works sometimes. Sometimes we’re taking a more popular position, which is a fun place to be; at other times we’re staking out a more isolated position, which is a more lonely place to be. I’ve certainly been in both of those places at various points of my life, and you probably have been too. If you feel you’re outnumbered in the comments section, I’m sorry, but that’s how it goes sometimes. I agree, however, that the discussion should remain civil, and I apologize for the times when my own tone has been too aggressive.

• “Sports and politics don’t mix.” As I’ve already explained, the Native American issue is a perfectly legitimate Uni Watch topic. Moreover, let’s imagine for a second that it’s 1946 and your local newspaper is running stories about how the Dodgers may bring Jackie Robinson up to the majors next year, which will be very controversial. Would you be writing letters to the editor saying, “Leave the politics out of it and just tell me who won last night’s game”? I’m not trying to suggest a moral equivalence between Jackie Robinson and the ’Skins name; I’m just saying that sometimes events the sports world overlap into the rest of the “real” world. That’s what’s happened with the Native American issue, which also happens to be a uni-relevant issue, so that’s why I keep covering it.

That’s enough for now. For those of you who still wish ’Skins Watch would go away, I’ll let you in on a little secret: I wish it would go away too. Really. It has become a tedious storyline that I wish would resolve itself already, especially since I think the endgame is clearly in sight. But until that happens, I plan to keep reporting on it. Seriously, though, if it’s not your cuppa, why not just spare yourself the agita and scroll past it without reading it? I won’t mind, honest.

Thanks for reading,
Paul