Good morning, and happy Boxing Day! Hope everyone had a good Christmas.

Now then: Last week I wrote about how Panthers linebacker Frankie Luvu had recently started modifying his shoulder stripes. It turns out that he’s not the only one.

Longtime reader and Panthers über-fan Gabe Cornwall has noticed that defensive lineman Henry Anderson has had the same modification made to his jersey stripes. Just like on Luvu’s jerseys, Anderson’s stripes have been narrowed so much that the center blue stripe has almost disappeared. Here are a few additional views: Anderson appears to have started doing this on Dec. 18. Prior to that, his stripes were normal-looking.

But wait, here’s the beauty part: Luvu wears No. 49 and Anderson wears No. 94! So if you wear the numerals 4 and 9 for the Panthers, you’re apparently required to customize your shoulder stripes.

As I mentioned in the Luvu article, I’m assuming that these modifications are designed to make the jersey tighter. A team spokesman had told me he’d find out more, but then he never got back to me. I’ll follow up with him today and report back if I hear anything.

(Big thanks to Gabe Cornwall for this one.)

Don’t know many people who have created more joy than ever-mirthful legendary Chief Bobby Bell, who was at Arrowhead yesterday posing for photos and giving away candy canes and $2 bills. And no doubt making hundreds of people laugh and otherwise feel special. As ever. pic.twitter.com/CTVzWEvSfw

Former KC linebacker Bobby Bell added his old number and NOB to his Santa outfit on Saturday. Love that!

(Thanks to our own Jerry Wolper for this one.) 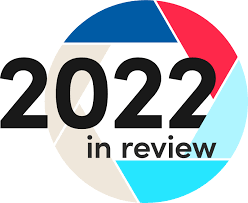 I’m currently working on a piece that will look back at the most uni-notable developments of the past year. If you’d like to nominate something that I might have overlooked, feel free to do so in the comments and/or shoot me a note.

This list isn’t a “Best of” or “Worst of” — just things that were notable and significant. They can be big, league-wide things (the lifting of the one-shell rule), team-specific things (the Broncos wearing the white-over-navy combo for the first time), trends (the rise of the Q collar), individual player things (those two Panthers players modifying their stripes), or anything else that strikes you as a significant development in the past 12 months.

Thanks in advance for your suggestions!

Sorry, no Ticker today, as the entire Uni Watch staff had the day off. — Paul

With the revelations that Luvu and Anderson are modifying their jerseys — which becomes obvious with the disappearances of their center loops — I wonder how many other players are doing the same thing only with less obvious results. Surely these two can’t be the only players to make these jersey modifications.

I’ve begun noticing some players — particularly those whose teams have either sleeve TVs or particularly fat sleeve stripes — seem to have the MOTB now on top of the shoulder, rather than the sleeve cap. I wonder if this is due to some select tailoring.

Great point. The striping makes the modification obvious, but it would be harder to detect if, say, a Giants player did it.

Do you think this could have something to do with penalties – like some other odd unit tweaks of the past?

The panthers typical stripes sit further out into the caps of the shoulders, while I feel like the mod version accentuates the separation between the shoulder and sleeve cap.

Given both players are on defense – maybe they both want a tighter fit to be harder to grab onto, and want to better highlight when blockers hands get further outside their chest?

Obviously really slight, but reminded me of players talking about wearing certain glove colors or waiting particular tailoring to help with penalty calls

And this is the league that once fined players if their socks were too low? Wow. Clearly, anything goes in the NFL…and it’s always for the worst. Sloppy coaches. Sloppy players.

I feel a little like the old man yelling at clouds but I agree with you 100%. A team uniform should be UNIFORM. And let’s be honest: removing 1/2” of fabric from each sleeve is not turning either of these guys into Hall of Famers. The non-punter jerseys are already skin-on-a-grape tight; this modification isn’t having any tangible effect on performance. And it looks sloppy, if anything. For a league that used to sweat the details, it isn’t too much for the NFL to enforce more uniform uniforms again, before we get too much farther down a slippery slope that ends with chaos.

I’m with you guys. I rarley would willingly side with No Fun League policies. However the idea of the uniform is uniformity. The individual identifier is the numeral; not to mention helmet and face mask choice and other accessories.

It surprises me to be disappointed by the evolving fads in NFL uniforms, and I have to choose my battles well; not getting into a lather over kneepads when my peeve is sleeve stripes and sock stylings. Were things *really* better when I was a kid? I think helmets are much better (that is, safer) now. But most of the changes I dislike were brought about when the shoulder pads got smaller.

It’s interesting as I’ve read through this post and I’ve begun to wonder if the NFL is swinging the opposite direction of its traditionally conservative position on everything. Even with the strict brand protection they enforce, the use of alternate unis, ColorRush and throwbacks would seem to “dilute” that brand identity from their perspective. I don’t naively believe though that the League is driven by anything but money.
When we add up all the liberties the current players are afforded; stripe variation shenanigans, unorthodox tailoring, and especially the new number designations you wonder if they are beginning to recognize as their target audience changes so will their uniform policies. Nevertheless, a player can still be fined for wearing personalized cleats on a non-personalized cleat alloyed Sunday afternoon.

In all honesty some of these changes don’t bother all that much. Being a GenXer I really hate the new numeral policy. Not because I’m an old man screaming at clouds-I do that only other things. Truly that rule change melds the look and feel of college and pro too much for me. CFB has a playoff and NFL linebackers wear #2. These things don’t change the game at all. Just aesthetically mutes it a bit for me. I can’t take Micah Parsons as serious as I did LT because no one in the League looks tough wearing number 11. Maybe I am an old man shouting at the clouds. At least raising my voice a little.

Good points about the numbering system and yes, the line between college and pro used to be clearer with regard to the look of the game. College was kids with exposed calves, monochrome head-to-tie, unorthodox number systems, team names across the chest or down the sides of the pants, and stuff that appealed to kids. The NFL was where the grown men worked and played. More adult designs for striping that looked grown-up, and a codified number system.

You summed that up perfectly. Where grown men get work done.

At this point, all these football uni mods leave me asking, why bother having anything uniform at all? As long as the colors are shared, whatever …

Then I wake up, ready to resume the good fight.

If we’re going to get upset about inconsistent uniform striping, remember back in the ’70s that NFL teammates often had different sleeve stripes (the Eagles) or some had stripes and some didn’t (the Dolphins). Now I often wondered if that was by position or by sleeve length.

They often had numbers and NOBs with mismatched fonts. The uniforms were made by multiple makers and there wasn’t as much attention to detail. That is not the same as the players customizing aspects of their gear to make their uniforms less uniform.

It is this sloppy practice unform look that is so popular with players both in college and in the NFL and the NBA. I am pretty sure that if it was up to the players the uniforms would be covered in ads from head to toe, like the genuine practice uniforms in the NBA.

How is this on the players? Unless we find out they did this for a purely aesthetic reason, it’s either on the tailors or manufacturers to get a uniform to perform how a player wants it to working with the design. Form follows functionality and all that

I think it is more fashion than functionality.

I think the turning point is when real sleeves disappeared from NFL uniforms. As much as I dislike uniform changes over the years, I really hate how coaches dress on the sidelines. Tom Landry must be turning in his grave. Coaches used to look like adults. Leaders of men dressed well and ready to go to work. Now it’s just a lot of fat guys in XXL hoodies, baseball caps and khaki pants. Slobs.