almost stayed on his feet too 👀


Good morning! Hope everyone had a good weekend.

The Browns debuted their new Brownie-emblazoned field yesterday. As you can see in the video clip above, it looked really, really good. Here’s hoping they stick with this for a long time.

Also, it’s a little hard to see in this screen shot, but the Browns have also put Brownie on their goalpost padding and modified the padding’s stripe pattern: In other news from a very uni-uneventful Sunday around the league: And that’s all I’ve got. Quiet week!

(My thanks to Gabe Cornwall, Steve Lim, Mike Malnicof, and John Turney for their contributions to this section.)

Blast From the Past Back in 1973, a 12-year-old Scott M.X. Turner visited the Basketball Hall of Fame in Springfield, Mass., and took the two snapshots shown above. “This was the extent of the jersey display,” says Scott. “Haphazard and nothing close to all of the grandeur of today’s big productions. Plus, no one was making replicas or even extras for display or retail. I mean, index cards taped to the headless mannequins (all of which depicted white people)! Still, I loved it — the durene jerseys and satin shorts. None of the other artifacts were as cool. Not even close.”

Great stuff. As it happens, the Basketball Hall of Fame is the only one of the major Halls I haven’t visited — even though it’s actually closer to NYC than any of the others! Need to rectify that soon.

If Only Bart and Milhouse Had Gotten There in Time Longtime reader Timmy the Cop paid a visit yesterday to the East Tennessee Heritage Center. The museum has an exhibit on the 1982 World’s Fair in Knoxville, including a section on the Fair’s sporting events. I especially love this softball poster — sensational!

Here are some additional pics that Timmy sent along: In case you missed it last week, I’ve partnered with the cap brand Official League on a contest to design an unofficial USMNT cap for the upcoming World Cup. Full details here. 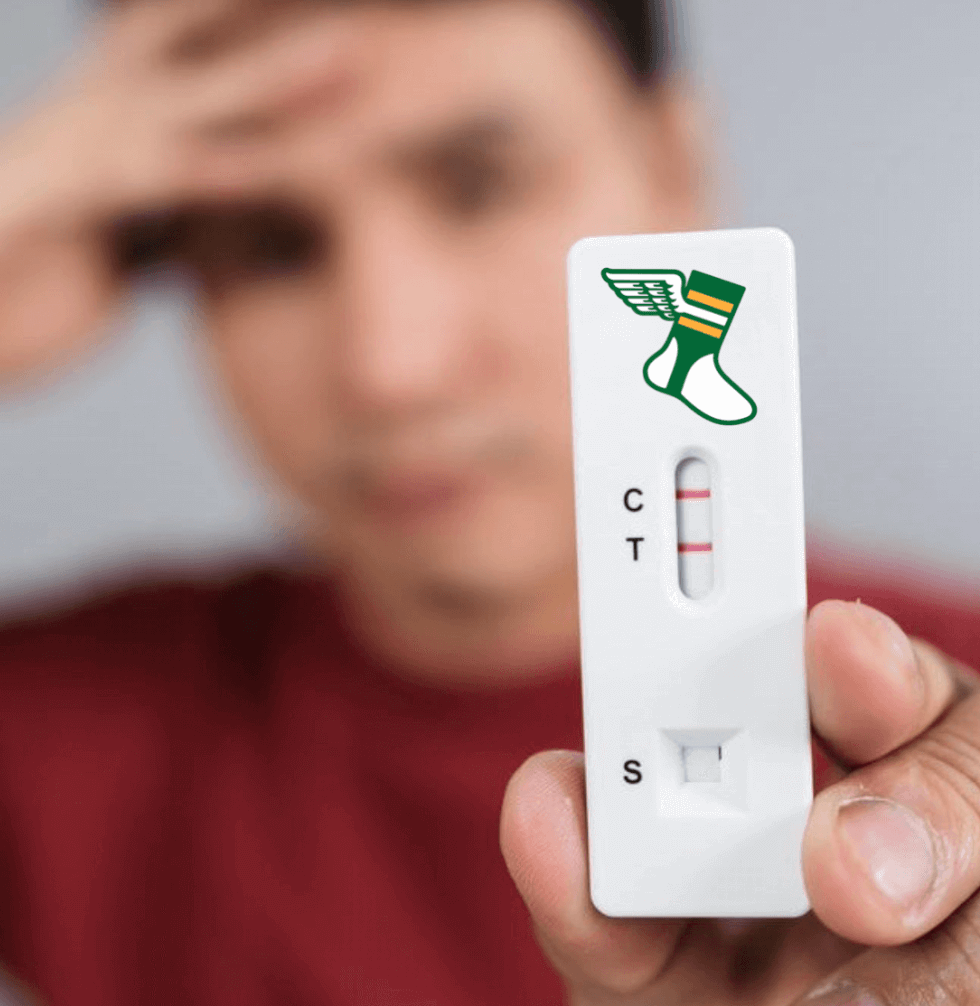 As I mentioned on Friday, I’m currently dealing with a second case of Covid. I felt pretty sluggish on Friday and Saturday but better for most of yesterday — not 100%, but much peppier. Had some really bad coughing last night, though, so I’m clearly not out of the woods yet.

Mary, thankfully, continues to be fine.

The worst part about all this is that I’ve been stuck at home during a series of beautiful September days. Sitting on the porch is nice, but it’s no substitute for being out and about — grrrrr. The only upside is that I’ve had a lot of time to work on a bunch of Uni Watch evergreen blog posts that I’d been meaning to deal with. Got started on the NHL Season Preview, too. So while my weekend wasn’t fun, at least it was productive. You’ll be seeing the fruits of my labors soon. — Paul

In addition to being brighter/lighter, in the game footage I thought the Ravens’ jerseys appeared to be a bit more reddish than their usual shade of purple, which I had always thought skewed more towards the blue side of purple.

Granted we didn’t get this game until it was “bonus coverage” after our market’s game was over but it looked like the color was too bright; even the Dolphins’ aqua looked too bright. However I did notice that the purple stripe on the pants looked like the proper shade and didn’t match the jerseys.

Hope you feel better and get outside soon!

Geez Paul – get over that COVID soon – the nice days are waning!

Don’t feel so bad about not getting to the basketball HoF – I live about an hour away and I haven’t been to the “new” building yet, even though it has been open for, what? ~15+ years? :)

Too many Bears are wearing white shoes. I remember 30 years ago, the Bears were one of the few teams that would wear black shoes and it looked so good then and now.

The Bears wearing white cleats doesn’t phase me…yet it still bothers me that they won’t wear white-over-white on the road (particularly when they travel to Lambeau) even though it’s been years since they did so.
I remember how clunky the Eagles looked when they transitioned to black shoes during the Buddy Ryan days…never looked good, especially on the Vet turf. My $.02.

Bothers me watching football these days to see a free-for-all from the knees down. This is a level up as it is a different sock colour. Sure it is a team colour but not a sock colour that is part of the team’s uniform. Not a fan of players going into business for themselves by doing this to bring about attention.

I think this is totally to do with standing out for personal or ego-related reasons. It’s a bit like when L.C. Greenwood started wearing yellow shoes in the 70s as he got sick of hearing the stadium announcer calling out another player (usually Joe Green) for a sack/tackle he made! At least that is what he says :) I think it’s quite possible that all these uniforms violations do get fined, but as the fines are a few thousand dollars I guess the players don’t care and would rather stand out. If players are prepared to pay $100k+ to get the jersey number they want then a few $k is nothing.

I should hope there’d be a “significant chromatic mismatch” between the Ravens’ jerseys and helmets, since their helmets aren’t purple ;-)

Hope you get over COVID again quickly, Paul. Best wishes.

I had to re-log into Uni-Watch Plus this morning, so I saw what the site looks like with adverts. It’s very well done, but it looks much better without them. I guess it is a good analogy to how a jersey looks without an ad patch vs. what it looks like with one, no matter how well done the ad is.

Thanks for your support, Jim, and also for your positive review of UW+! I hope people will continue to sign up.

For those of you who’ve been considering it, there’s no time like the present!!

I’ve lived in Massachusetts for 35 years and I hadn’t gone to the Basketball HOF until a couple weeks ago, even during the several years I was driving literally past it all the time because I was dating someone who lived in the next town. Anyway it was really cool! Cool interactive screen-based things with clips of cool basketball moments, lots of great jerseys and ephemera, and once you’re done you spill out into a full-sized court and they’re just like “here, have a ball and shoot around!”. They also have peach baskets you can shoot at (hard! no backboard!) and a section in the corner with 7, 8, and 9 foot hoops if you want to try to dunk.

I don’t understand why the Rams even bothered wearing the bone jersey with the yellow pants. Why not just wear the white one? I mean, I’m not complaining, it’s better than mono-bone but still.

Regarding Ramsey’s socks, I’ve been meaning to ask about the Chiefs. I’ve noticed that several of the Chiefs players will wear their away striped white sock when the rest of the team are wearing the home red socks. It may stand out more than other teams wearing two different sock sets with the same uniform due to the striping but I don’t see other teams doing it as much as the Chiefs. I think it’s funny the NFL will fine players for showing their knees but doesn’t care about hosiery consistency.

As an aside, my band’s next song shall be called Hosiery Consistency.

“Mono Bone” made me LOL

Hi Paul, two things: 1) I’m sorry to see this COVID news, and I hope you have a fast and trouble-free recovery! 2) where did you get that shower curtain?

With all the coverage of the dolphins thanks to this weekend’s game I realize that I at finally over the dolphins logo switch (still love that little guy with the mismatched helmet!) and can admit that they look as great as ever (they were always one of my favorite uni teams across all sports) save for one detail: the way the number 1 looks in their numerical font. An easy detail to forgive if it weren’t for their quarterback and primary receiver wearing 1 and 10 respectively. To top it off, their secondary receiver wears 17 which includes the funky 1 and the almost as funky 7. It’s too bad THAT is the biggest problem for me because it’s all over the field and the highlight reels.

Sorry about the Covid Paul. My wife is dealing with it right now as well, and since I have heart failure issues, she has stayed completely isolated inner bedroom and I in the living room since last Thursday. Fell better soon.

As for the initial thing I wanted to comment on, I’ve been reading Uni Watch daily since 2007, and in that time there have probably been hundreds of references I’ve gotten and probably thousands more that flew right over my head. That said, this is now my favorite of them all:

“If Only Bart and Milhouse Had Gotten There in Time”

Clever headline. I always mention the world’s fair or a wig store anytime Knoxville is mentioned. People never get it anyway.

Love the site! Wish I had more time to goof off and read regularly – that said, have you ever commented on the (awful) drop-shadow on the Ravens numbers, inconsistency with the NOB (no shadow), and the number font choice? Purple is a great color, but the numbers, IMO, make this set a mess.

Oh man, I was thinking today just the opposite about their numbers. Amidst the staunch adherence to collegiate block numbers and Nikes insistence on customizing number fonts I feel like the ravens are a team that proves that you don’t have to go super basic or super quirky with the numbers and you can still look good. The helmet raven logo is what ruins that set for me (and the gold pants). I want them to return to the winged shield but put it square in the back of the helmet nice and big so the wings wrap around the helmet a bit.

best part about being here in the good ol’ US of A, is we can disagree! fair points on the numbers – me? I’m old-school and prefer clean and basic. I also prefer this helmet logo over the winged-crest

That said – we are in lock-step on the gold pants!!!

Today’s Uni Watch just looks right! The makeover was a great move. And there will be plenty of nice days ahead!

Did anybody notice Baker Mayfield’s perfect shoulder hoops in the Carolina/New York game? The Panthers could render their TV numbers bigger if they didn’t wear that contrasting collar.

On mobile the left part of my screen is cut off. Bug with your new format.