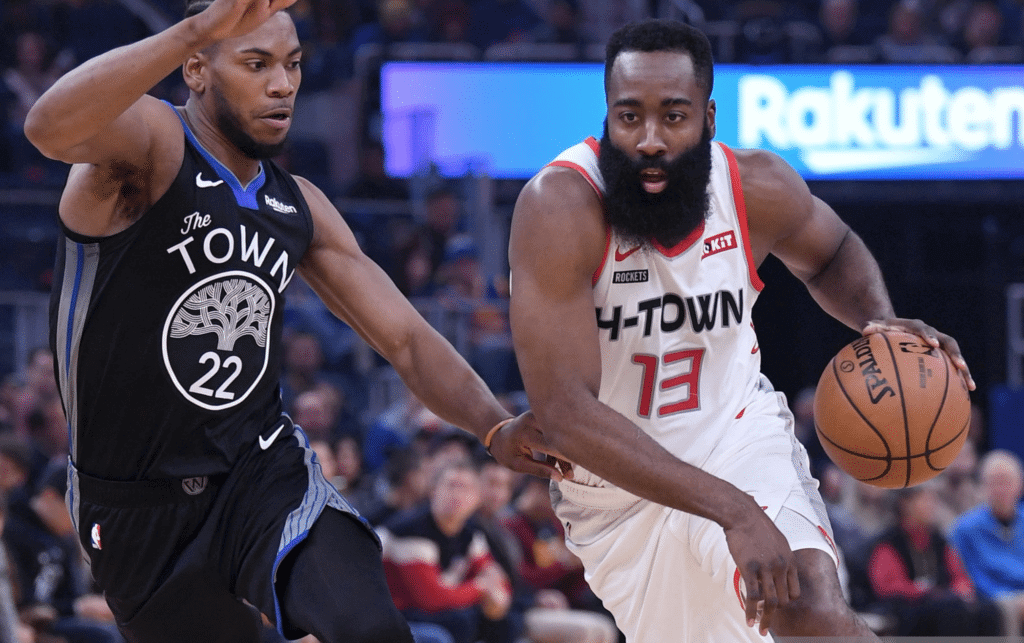 Happy Boxing Day! Arguably the most surprising thing about the current NBA/Nike partnership, now in its third season, is the lack of Christmas uniforms. In 2017, teams just wore their regular uniforms; last year, some teams playing on Dec. 25 — but not all of them — wore those silly “Earned” uniforms (which they thankfully retired after one season); and yesterday they were back to wearing uniforms from their standard wardrobe (which yielded, among other things, the Warriors/Rockets uni matchup shown above — “Town vs. Town”!).

The lack of Christmas unis isn’t necessarily a bad thing (remember, most of the ChistmAdidas unis were awful, although they did get it right in 2015), but it’s certainly a surprising thing, since it seems like a missed opportunity to foist yet another round of retail product on the marketplace. This appears to be a rare case of the ratchet screwdriver actually turning back the other way.

Interestingly, the NBA’s marquee player isn’t happy about this:

MAN i wish I walked into the locker room tomorrow and we had Christmas Day uniforms! It’s a MUST we bring those back @Nike @nikebasketball I’ve been seeing those Lakers unis over the airways. Sheesh!!!! 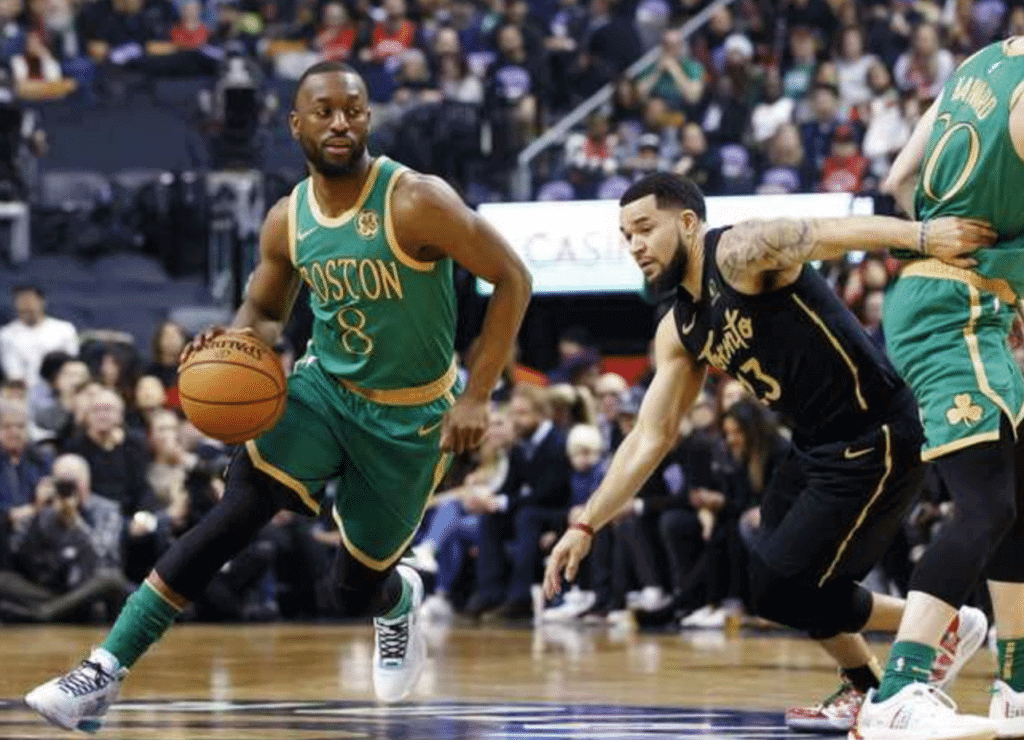 Seriously, what were they thinking there? On the plus side, the Raptors did give away these cool snow globe T-shirts (click to enlarge): 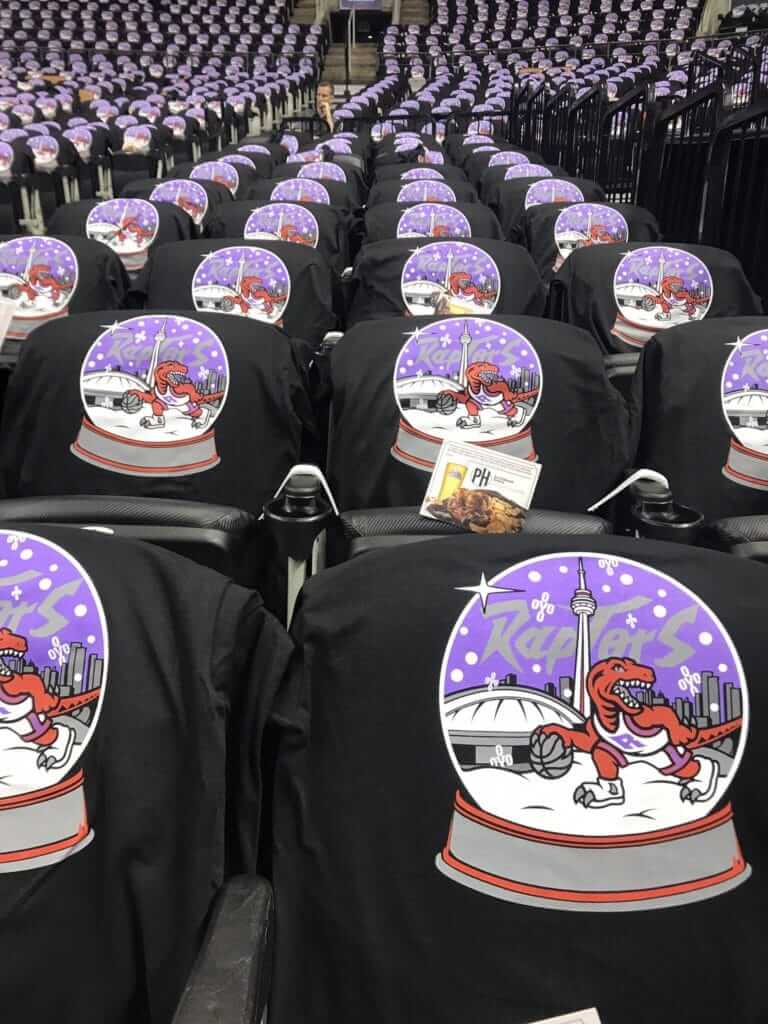 (My thanks to Mike Chamernik for the LeBron tweet.) 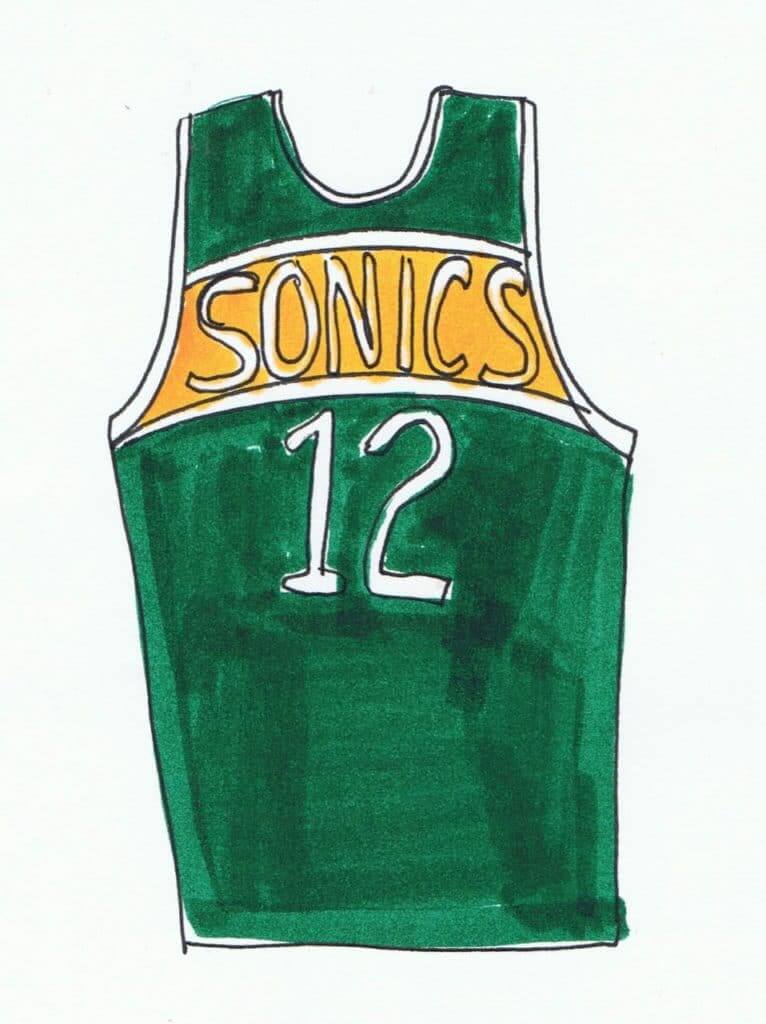 Super origin story: The sketch shown above was created in 1977 by a 28-year-old Seattle clothing designer named Kris Marshall. It eventually became the basis for the SuperSonics’ awesome arched uniforms. Four-plus decades later, Marshall (whose name is now Kris Steinnes) still lives in Seattle, and her design recently won a Seattle Times readers’ poll as the best sports uniform in the city’s history.

It’s pretty rare that we get to see an original sketch from that era. If you want to learn more, there’s a really good recap of the story here.

(My thanks to Mark Ribbing and Tim Cassady Jr. for sending this one along.)

That’s it for today (sorry, no Ticker, because the entire Uni Watch team had the day off). Hope everyone had a great Christmas, and happy Kwanzaa to all who are celebrating today. In case you missed it yesterday, here are this year’s year-end raffle winners. See you back here tomorrow for a full slate of content. — Paul

Happy Holidays! The link for the sonics uniform origin story is missing.

The sixers vs bucks was another matchup that should’ve been red vs green, instead it was dirty looking off white (sixers) vs black (bucks)

I know red-green would be fitting for Xmas, but what about color blind people? That’s probably why nobody went red-green yesterday.

The NFL had that problem with Jets in Green vs. Bills in Red when Color Rush started. That’s why there’s a lot of white color rush uniforms now.

Good point – the NFL was hammered for the 2015 Bills Jets Color Rush red green game. I have no idea – have there been less red green games since then?

But here’s the thing: The NBA had green/red matchups on Xmas Day previously, and nobody said boo. Knicks/Bulls in 2010, for example:
link

That is interesting, but with the rise of social media even since then, perhaps viewers can easier register their complaints? It’s possible that’s led to more awareness of the issue.

Okay, I know this has probably been talked about somewhere before, but when they put those t-shirts on each seat, I’m assuming there is just one size for all on those? Wouldn’t it be easier to have shirts in boxes that they hand out at the gate in like 3 different sizes like they do at baseball games? At least they do it that way in Pittsbugh for the Pirate games at PNC.

I am surprised the Pirates do this considering how stingy they are with player salaries.

EVERY Friday or Saturday… it used to be everyone but now it’s first 20K.

Sometimes they put them on seats because not all sections get them. The premiums don’t always go to the cheap seats.

Also, I’ve been at handout games where it feels like half the premium end up on stadium workers before they can be passed out.

Nike has not actually ratcheted down the unis. Yes, they eliminated the Christmas Day specific unis, but there are now more alternates than there have ever been. Even they seem to realize that there are only so many jerseys of a team that you can sell in a single season. It is all about the marketing, after all.

I didn’t say they had ratcheted down the over unis overall. I just said they had stopped doing the Xmas Day unis, which is a surprising retreat. Just like it’s hard to stop doing camouflage uniforms because everyone will say, “Why do you hate the troops?,” it’s hard to stop doing something like Xmas unis because people will say, “Where’s your holiday spirit?” (or whatever). Once the baseline is established, it’s hard to put the toothpaste back in the tube — or at least that’s what we’ve usually seen. This seems to be a rare exception.

Fair enough. I still think it gets down to sales though. When the Christmas jersey was the third jersey for some teams or maybe the fourth there was a sales opp. With it now being at best a team’s fifth jersey they likely felt there wasn’t enough in it. I think we have truly gotten to the tail wagging the dog point. I thought we were there before, but the current NBA uniform situation is absolutely insane.

There are a billion jerseys per team in the NBA so I’m glad some are being mothballed. It’s at the point where I will turn on a game and have no idea who is playing. There is no coherent visual identity anymore which has made me lose all interest in the sport.

I am with you.
When teams had an alternate it was special.
Now it is insane. The Nets, for example, will be wearing their “Bed Stuy” jerseys more than any other jersey.
Just ridiculous.

Agreed. But it isn’t just the NBA, though they are probably the biggest offenders and go furthest outside the team’s regular colors. Part of sport is “team colors”, and a good visual identity should make it clear instantly that Teams X and Y are playing.

What you’re saying here (and I agree with it, of course) applies to the functionality of uniforms as something worn by the players.

This is why I’ve been saying all along that the uni-verse would be better off if jerseys and caps weren’t sold at retail. Sigh.

Couldn’t agree more!! Too many uniforms per team! It Made me not even interested anymore .

Sixers/Bucks could have been Classic (white base, red numbers) for Philadelphia, versus Icon (green base, white numbers trimmed in cream) for effective contrast and Christmas color incorporation.

Every uniform matchup from yesterday technically wasn’t from each team’s regular rotation as each one featured both teams wearing their new City Edition uniforms. Uni-Watch has always seriously lacked when it comes to getting accurate basketball information and appropriate details. I understand that the NBA will always take the backseat to the other three major sports leagues to everyone here, but even Phil’s NBA City Edition uniform article from last month was so upsetting to me personally that I nearly stopped visiting this website altogether after visiting it daily for the last ten years. I’m not suggesting that every staff writer find a newfound love for basketball uniforms, but can we get at least one semi-passionate NBA fan? Maybe one person that can at least use the proper vernacular?

Every uniform matchup from yesterday technically wasn’t from each team’s regular rotation as each one featured both teams wearing their new City Edition uniforms.

Actually, City alternates *are* part of the teams’ regular rotations (as are the Statement alternates). I didn’t say they wore their primaries; I said they once again drew from their standard wardrobe options instead of wearing a holiday-specific design. Which is true.

Am I not a big NBA fan? Guilty as charged. But was I “seriously lack[ing] when it comes to getting accurate basketball information and appropriate details” in this case? No, I was not. But thanks for your feedback!

Boxing Day is now here; with it comes the traditional start of IIHF World Juniors:

Thanks for the link to the Sonics uniform story. That was great! Although I wonder if their uni being voted best ever in Seattle has something to do with nostalgia. Had they never left, where would that design rank? Interesting to think about.