The Carolina Panthers released their 2019 jersey schedule yesterday. They’ll be wearing white at home in Week 1 against the Rams and will wear their blue alternates twice, in Week 2 against the Bucs and in Week 5 against the Jaguars.

The Panthers will open the regular season against the Rams in white before switching to blue in Week 2 against the Buccaneers for Thursday Night Football. The only other time Carolina will rock the blue alternate jersey is Week 5 against the Jaguars, which is the Hall of Honor game. The black jersey will make its 2019 debut in Week 8 at San Francisco. 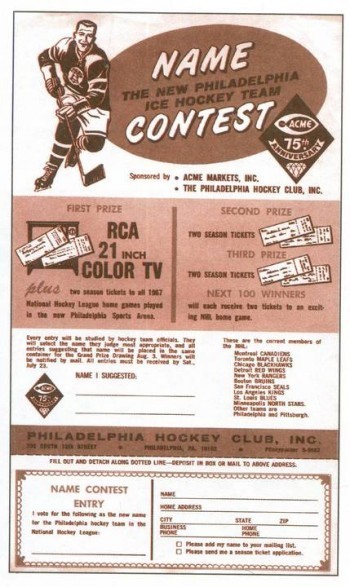 Thanks to Jerry for passing along this along. Here’s the story of how the Philadelphia Flyers got their name, including a fake(ish) name-the-team contest.

One night in the spring of 1966, Ed Snider, his wife, his sister Phyllis and her husband Earl Foreman (who was one of the original part-owners of the team) spent an evening in Manhattan to have dinner and see a Broadway show. According to Full Spectrum, on the way back from the play, they decided to stop for some dessert at a Howard Johnson’s restaurant on the New Jersey Turnpike.

As they conversed over ice cream, Phyllis suggested a potential team: Flyers. The others, especially her brother, instantly took to the name. All at once, it conveyed the speed of the sport and symbolically represented a single-minded focus on soaring about the competition. Additionally, it was short enough to fit in newspaper headlines without being abbreviated.

Upon first glance, I thought this effect was supposed to look like a Rick Porcello inspired broken monitor, which would have been cool. Alas, it’s Dragon Ball Z (I think).

The Charleston RiverDogs took the field as the Boiled Peanuts last night. You can check out their logo here.

The @ChasRiverDogs aka the Boiled P-nuts down Delmarva 6-3.

Dogs donned Boiled PNut uniforms for one game for the second straight season, in honor of the late Tony The Peanut Man who used to be a staple selling boiled peanuts across the Lowcountry @UniWatch @PhilHecken #milb pic.twitter.com/4xDQKjMJZX

Are the Jazz bringing back the “Purple Mountains” unis this year?

Here’s something truly majestic: The Utah Jazz appear to be bringing back their famed “Purple Mountains” look to both their court and jerseys.

Some good old-fashioned snooping from the Jazz Nation Facebook account revealed what many in Salt Lake City have longed for: a throwback look honoring the 1990s and the heydays of John Stockton and Karl Malone. 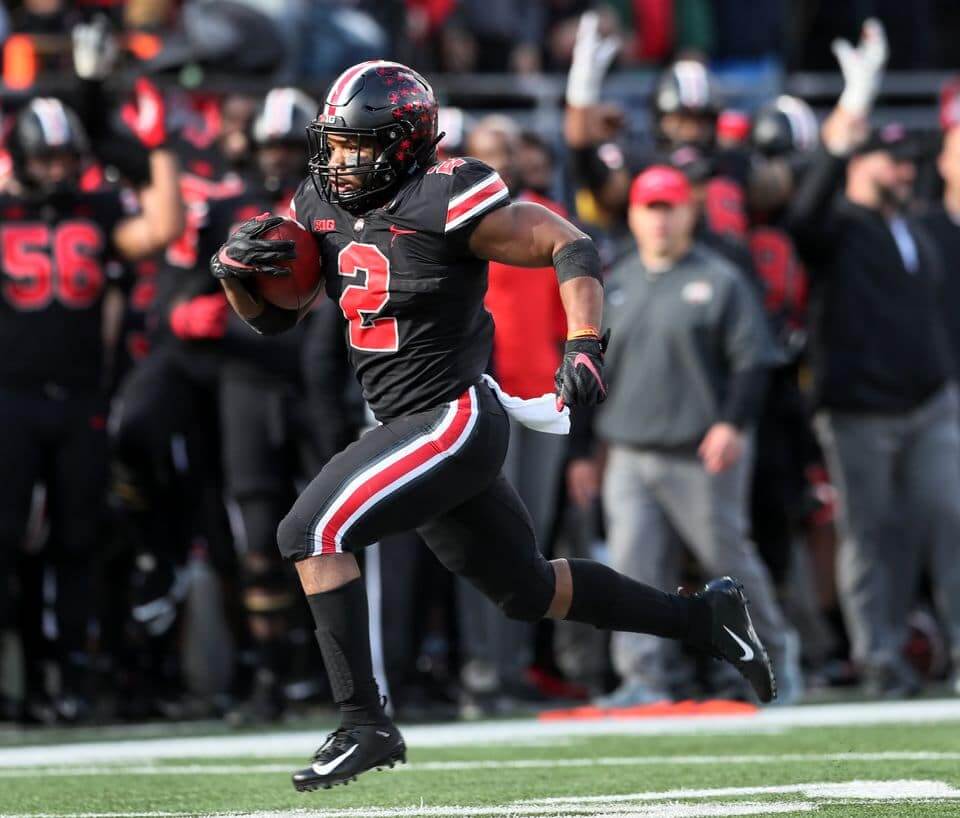 Ohio State will wear their black unis again this year, according to TheOzone.

A source within the university has indicated to The-Ozone that the Buckeyes will be sporting the black unis for the October 5 night game against Michigan State.

This will also be homecoming for Ohio State. Kickoff is set for 7:30 pm on either ABC or ESPN.

The black alternate uniforms are a favorite among recruits and players. The Buckeyes last wore black uniforms in last season’s 36-31 win over Nebraska.

If that is the alternate jersey from the Bruins, based on the late 1940s jersey, it would not be the worst.

However, if the Bruins are going to wear a black alternate, would prefer that the bring back the late 1970s to early 1990s uni. We could get them back in the yellow socks again as it should be.

Did the Panthers change their number font, or am I reading too much into the schedule release graphic? I guess someone in the Panthers’ media department doesn’t Get It™️.

Based on some of the released photographs of some of this year’s players during “photo day”, the numbers appear the same.

I do kind of wish the Panthers had revealed their pants choices as well. It seems like last year the black over silver look was pretty much totally replaced by black over black. Which is regrettable.

I would like to know when they are wearing silver pants as early as possible for wagering since historically teams perform better when their helmets match their pants.

I’d love to see the Panthers vs Bucs on Thursday night be blue vs red. But certainly not monochrome. I could see Panthers going blue/white/blue and Bucs going Red/pewter/red.

“The black alternate uniforms are a favorite among recruits and players.”

And given the choice, all 9 year-olds would drive cars and eat nothing but ice cream.

You think it’s heat-related as to why the Panthers aren’t wearing black jerseys until late October, or am I reading too much into that?

Weeks 1,2,5,9,11,13,15, and 17 are home dates for the Panthers. By the looks of it, I would say the temperatures in Charlotte play a very large part of their jersey decisions.