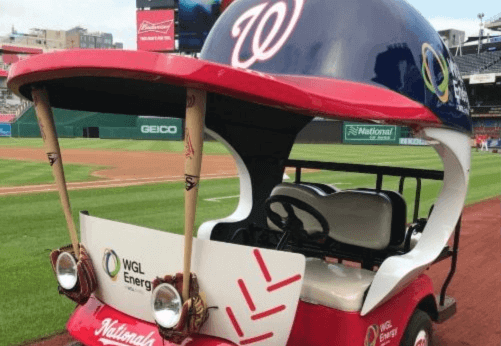 The Washington Nationals’ newest addition rested right outside the dugout as afternoon turned to evening Friday, its wheels still, its headlights off, its back ready to carry a reliever or two.

“Absolutely not. I am not taking that thing,” Nationals reliever Koda Glover said when asked whether he would ride the team’s new bullpen cart to the mound. “Because I have two legs that work. I mean, come on, I don’t need to get in a golf cart to drive me into the game.”

C’mon, guys. How can you not ride this thing?

Major League Baseball has talked a lot about attracting younger fans, and I can’t think of anything better that would get young kids into watching baseball than these themed carts or cars. I still remember the Yankees old Datsun carting relievers to the mound growing up. Now, according to the years this was in operation, I was much too young to actually remember this, but it’s still seared into my memory somehow. Perhaps it was old clips they showed or my father talking about it. 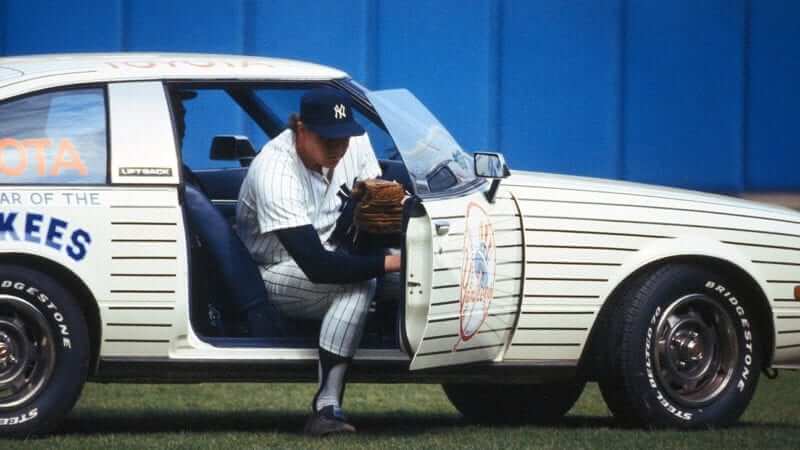 I always thought the Yankees lost their Datsun contract and that resulted in the car’s retirement, but according to this 2012 article in the New York Times on the history of bullpen carts, it was something else:

But once nearly every big league team had a bullpen car; it was typically a tricked-out golf cart with a gigantic replica of the host team’s cap as the roof. The Yankees used a pinstriped Datsun in the 1970s before rats chewed the engine cables. (The Baltimore Orioles pitcher Mike Flanagan once said: “I could never play in New York. The first time I ever came into a game there, I got in the bullpen car and they told me to lock the doors.”)

Listen, we all recognize it’s weird and silly, but everyone loves bullpen carts. Can relievers just play along for the fans?

Also, some guy published a brief history of the bullpen cart for ESPN way back in 2007 that you should check out. 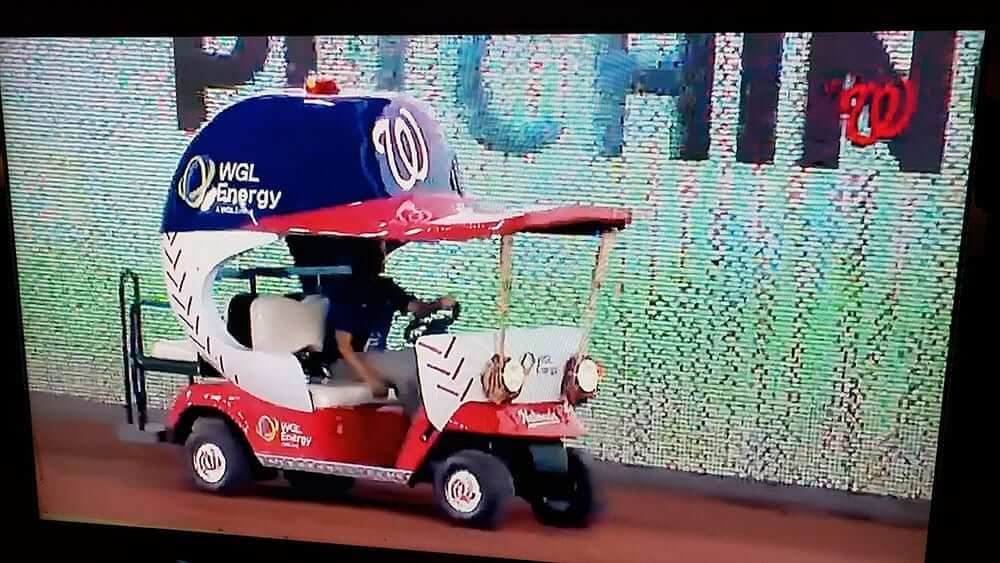 And finally from John Muir last night: “When Trevor Gott came into the game for the Nats, the TV team speculated the cart could make an appearance. Gott didn’t use it, but the cart decided to go for a spin.” 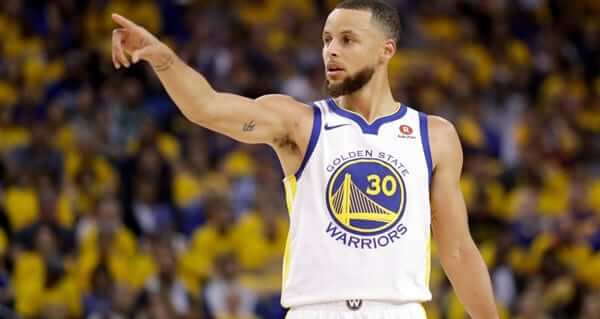 Here’s an interesting article documenting the NBA’s most popular jersey every year, dating back to 2005. This is not something I pay much attention to, but I guess I’m a little surprised Curry outsells LeBron, at least in the past few years. We’ll see what slapping his name and number onto a Lakers jersey does this season.

I know it's hard to tell here but the umpires in the Bronx wearing the #PlayersWeekend caps a week early @UniWatch pic.twitter.com/iExt7Aqi6z

So this might be just me, but since the MLB is going to continue this silly Players Weekend spectacle again, why not let the umpires change their cap logo to something fun for them? 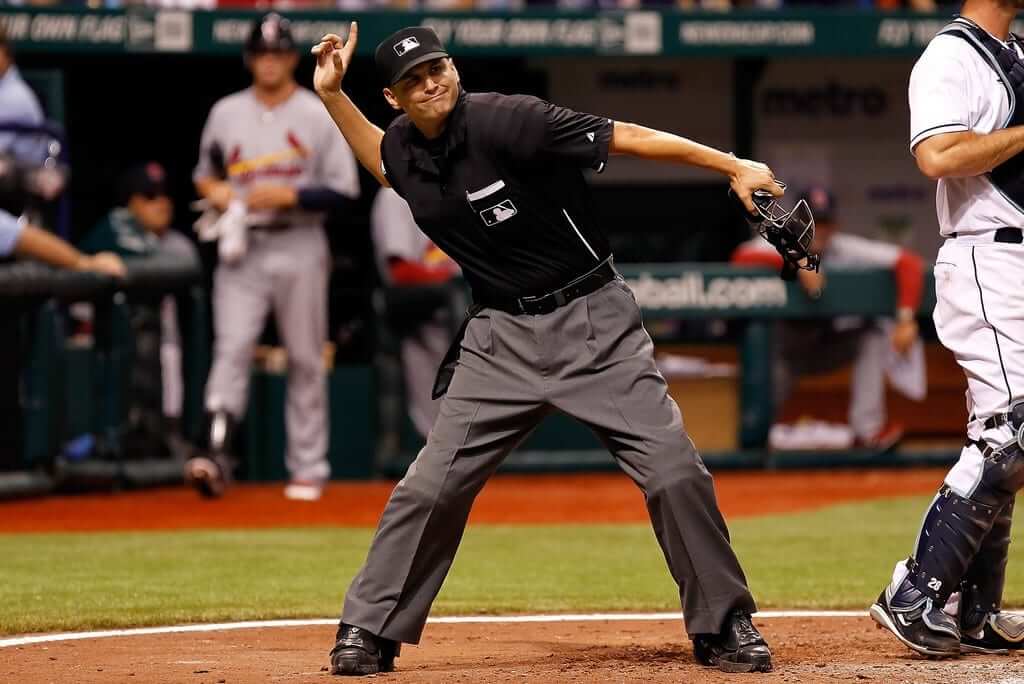 How perfect would that be? They all seem to do it the same way, too.

I don’t know, if this is all just a cyncial cash grab, I have to imagine that cap would sell.

Hey! Look at this!

Thanks for leaving in the Flanagan quote, Ek.

between inning bullpen cart races along the warning track anyone?

I would love to see that.

Why did the Nats put a Braves cap on their bullpen buggy? The Nats have a terribly confused, muddled aesthetic, but the one thing they mostly do with clarity is red at home. Home red cap on the bullpen buggy is a no-brainer: Either make it a red-cap buggy, or don’t bother having a buggy.

Speculation: It’s easier to see the sponsor/advertiser name and logo on a dark blue background.

That’s the road helmet, indistinguishable from the Braves. And yeah, the dark blue provides greater relief for ads.

Well, it is distinguishable from the Braves’ cap by the fact that it has a W on it instead of an A. Plus it is in the Nationals’ home park, so I don’t think any fans should be confused by which team is represented.

Friday night (08-17-78) the Nationals wore their blue top / red bill helmets at home against the Marlins.

Haven’t been on the site in a couple weeks…what was with all the strikethrough?

Honestly the only thing that the bullpen cart does for me is further reinforce the baseball’s not a sport joke. I mean, hockey doesn’t have a backup goalie zamboni for when the starters pulled. I agree with glover on the 2 legs thing.

-The Panthers in that combo looked good. Curious to see how our regular North Carolina readers felt about it.

-Talking about new NFL looks. I was initially fine with the Jacksonville Jaguars uniform change. There was a lot of complaints about the uniforms being too plain. Saw the photos of them when unveiled and with the teal jersey on the field, still did not mind them.

However, watched the Jags in white-over-white a bit on the tube today at Minnesota. Wow – The white-over-white is waaay too plain. At least some stripes on the side of the pants would help.

Did not like last year’s Jags uniforms, but they really should have seriously considered just bringing back the original uniforms circa 1995 with today’s logo.

You used a picture of a 2nd gen (I think) Toyota Celica for the lede about a Datsun bullpen cart, FYI.

You’re right, clearly says Toyota on top of the car.

Growing up a Yankees fan, I remembered them having a Celica in the early 80s.