The Nashville Predators unveiled their new road jerseys with a little help from two country music stars last night. Both new jerseys can be seen in person for the first time in the Predators team store today.

The man responsible for the familiar notes that ring out following a Nashville Predators goal helped to introduce a new era in Preds history, along with his wife, Faith Hill, during their Soul2Soul The World Tour on Saturday night. During their second consecutive show at Bridgestone Arena, McGraw and Hill shared an image of the iconic duo displaying the Predators new ADIZERO road uniform, helping to show off the jersey for the first time.

Adidas unveiled new home uniforms for all 31 NHL clubs on June 20, with the Predators version featuring more Gold and cleaner look. The debut of the road edition of the Predators ADIZERO jerseys completes the fresh design the club will skate with during the 2017-18 season.

The road uniform utilizes strong Gold framing and a traditional feel. The Gold shoulders structure the jersey and feature the familiar alternate logo (a guitar pick with the Tennessee tri-star). The new road uniforms will also have guitar strings over the numbers on the back and sleeves (new for this season), to go with the piano keys on the inside of the collar that help celebrate hockey and Music City.

Click through to the Predators’ site to see additional images.

Here’s a look back at Paul’s Five takeaways about the NHL’s new Adidas-designed uniforms for all 31 teams from back in June.

Conrad Burry over at sportslogos.net has learned the eight teams to be featured in the NBA’s “Classics” throwback uniforms next sesason. Click through to see the teams and eras, plus some of the designs from those periods.

EXCLUSIVE: List of the 8 teams wearing Classics + the eras of each team's uni. Here's 4 of my guesses. Full info ðŸ‘‰ https://t.co/O4J8ZwfIbN pic.twitter.com/MXiabbyFCa

Someone forgot to pack the Milwaukee Brewers’ batting practice jerseys, so they went the Willie Calhoun route and wrote their names and numbers on the back of their shirts.

For us common folk, travel involves the stress and worry of inevitably forgetting some crucial item. Baseball players rarely seem to encounter this issue; no one seems to ever leave a glove, a hat or their right shoe at home before a road trip.

In their travels to St. Petersburg, the Brewers are out to prove that their travel experience isn’t all that different from the rest of ours. On Saturday, someone forgot to pack the batting practice jerseys, so, they did what every other forgetful traveler does: They made do with what they had.

Jordan Brand unveiled the University of North Carolina’s new football uniforms. You can see them for the first time on the field on September 2nd. Click through for a video and additional photos.

Michael Jordan first spread his wings at the University of North Carolina, where he helped guide the Tar Heels to a national championship during his freshman season. In the decades since, Jordan has become the personification of flight, and the Jumpman logo has joined UNC as a universal symbol for greatness. Now, Jordan Brand returns to MJ’s home turf by joining forces with the Tar Heel football team.

The Tar Heels will wear the Nike Mach Speed chassis, which is designed to maximize the athlete’s range of motion and increase breathability with a minimal-seam design, stretch woven materials and laser perforations in the front and back panels. The argyle print maintains classic UNC style, while the Jumpman logo offers fresh roots with Jordan Brand. In addition to the traditional home and away uniforms, Jordan Brand will outfit the team with an alternate navy look inspired by the practice shorts Jordan famously wore under his professional uniform.

Here are some more photos:

Via @UniformSwag, here’s a look at some changes to LSU’s indoor football facility.

Reminders from Paul: Paul here, with a few reminders about some stuff you may have missed over the past few days:

1. I have a new ESPN piece that tells the previously untold story behind the design team that created the Astros’ rainbow uniform. I’m really happy with this one, and I’ve also received a ton of positive feedback (thank you!). If you haven’t seen it already, I invited you to check it out here. 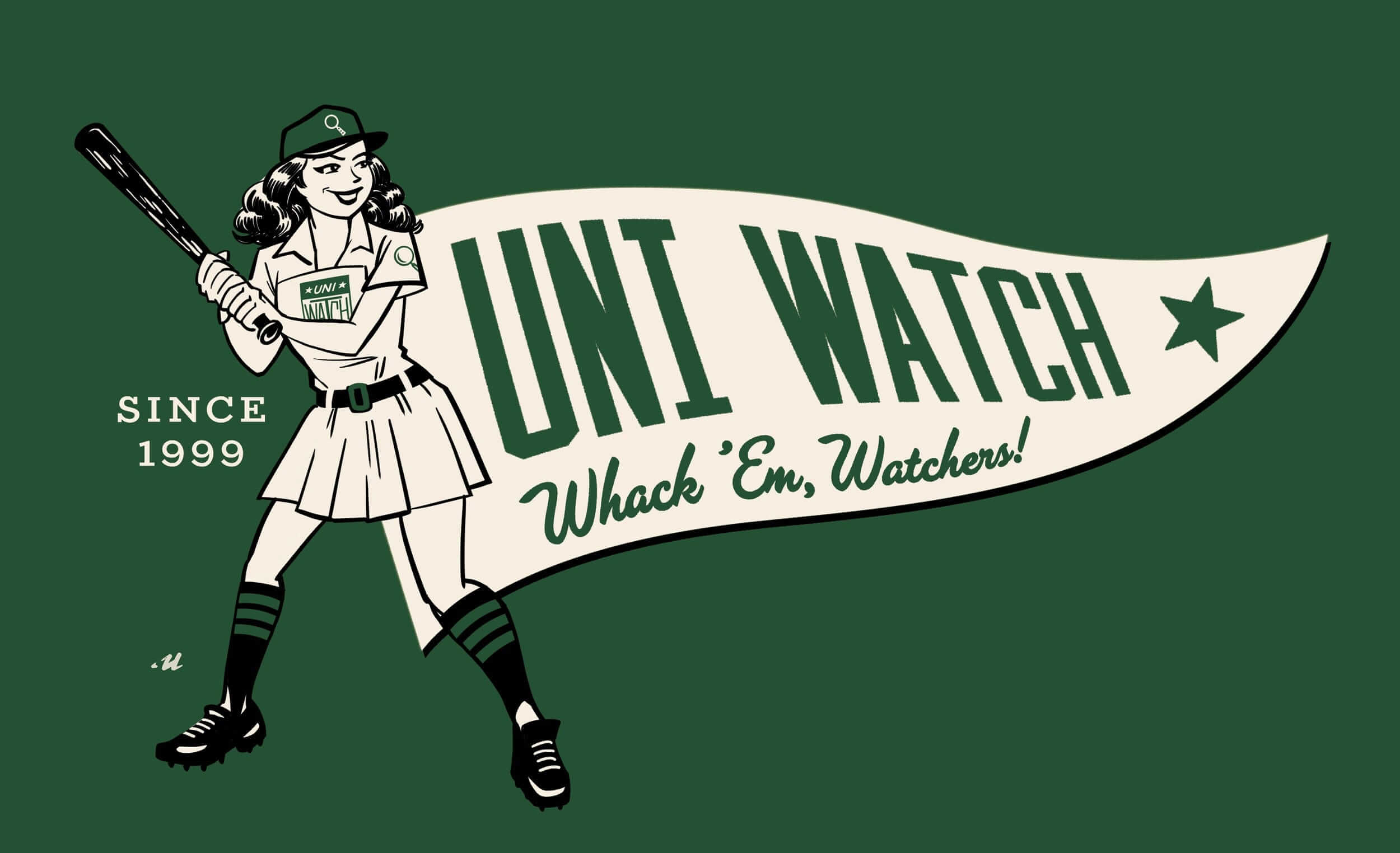 4. We’ve also launched a bunch of new Naming Wrongs shirts yesterday, all of them pertaining to Seattle. Get the full scoop here, or just go straight to the Naming Wrongs shop.

The last item before Paul’s reminders say Florida Atlantic got new uniforms, but the tweet is for Florida International.

The NHL is in a pretty good spot right now. Even the modern designs outside of my personal taste at least look like hockey uniforms.

Basically saying Carolina tradition is the light blue and the other colors are not part of that tradition.

They had a black kit last year (playing up the tar in tar heels) but this year swapped it for navy to avoid BFBS. No real change in tune. Everything is pretty much the same, except for the ‘chassis’ and the nike logo is swapped for jumpman.

Predators new road jersey looks nice. Remember the original white uniforms in ’98? This is hands down a better look compared to those days.

Predators have decided to be the team to adopt yellow to be their signature, primary colour. So no surprise to see higher percentage of yellow compared to navy blue as trim on this new jersey.

Pleasantly surprised by the yellow shoulder yokes. Looks good.
Was expecting they would go with a solid white jersey based on what we say with the new home jersey.

When it came to an NHL team introducing yellow shoulder yokes on a white jersey, was hoping it would be the Bruins who would do so.

Random comment after the Royals Mariners game. I don’t really care for those alternate softball tops that they wear in MLB. But those Royals powder blues are simply sweet. Wish the Mariners jerseys were as good.

Every time I see a powder blue MPLS jersey I get upset. I want the Wolves to be able to wear that. I wish that if a team leaves a market that the original city could retain the look and rights for their own use. Keep dreaming, I know.